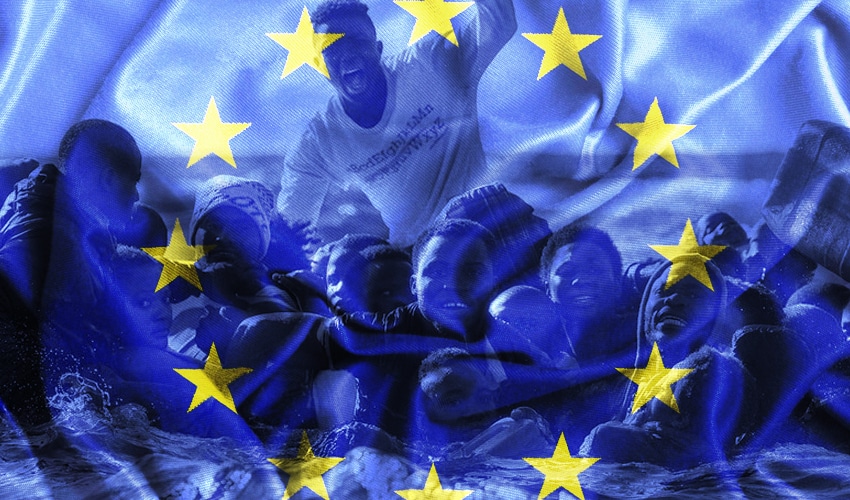 The Office of the UN High Commissioner for Human Rights called for urgent action to address the dire situation of migrants trying to cross the central Mediterranean and the shocking conditions they face in Libya at sea and often, at arrival in Europe.

The appeal follows a week-long mission to Malta by a team of experts who interviewed 76 migrants. The latter described the continuing violence and insecurity they face in Libya, says a statement released in Geneva. Many reported having been intercepted during the sea crossings by the Libyan coast guard, having seen their boats hit. According to the testimonies, at least once, the armed forces of Malta tried to push back a boat of migrants to Libya. And on another occasion, to stave off a boat to Lampedusa.

Some also reported that commercial ships did not come to their aid and others that commercial boats sent them back to Libya. “If true, these are serious allegations of lack of assistance to people in danger at sea and coordinated pushback attempts that must be thoroughly investigated,” the UN statement said. According to UN experts, people rescued and landed on European shores are too often exposed to the risk of arbitrary detention. For Michelle Bachelet, UN High Commissioner for Human Rights, what is happening to migrants in Malta, and elsewhere in Europe is the result of the migration governance system failure.

European countries do not focus on the human rights of migrants and refugees and that for too long has been marked by a lack of solidarity that forces frontline states like Malta to bear the brunt of responsibility. Bachelet then urged the EU to ensure that the Pact on Migration and Asylum addresses these challenges with a common and principles-based approach that guarantees respect and protection of the human rights for migrants and refugees.

After years of pushbacks, the von der Leyen Commission has recently openly defined the expulsions of illegal aliens by national governments before asylum seekers can set foot on the territory of European states as “illegal.” This Bruxelles stance was seen as a condemnation of executives who want their borders closed and guarded.

Recently, Ylva Johansson, Commissioner for Internal Affairs and Migration, reiterated the EU executive’s opposition to the defense of state borders. The representative of the continental institution, in a hearing at the Brussels office of the European parliament, has precisely branded as contrary to the legal system and the values of the Union any expulsion of would-be refugees carried out before they enter a member country.