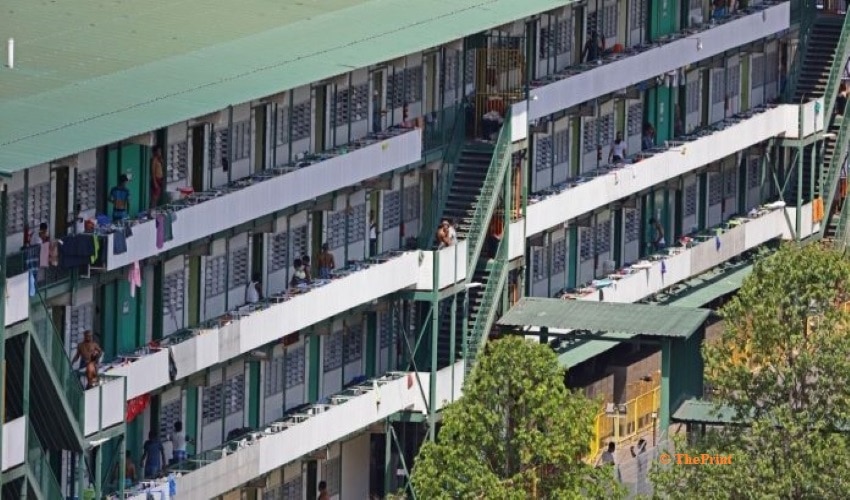 Recent series of suicides and attempts of suicides among migrant workers in Singapore has raised concerns over the mental health and wellness of thousands of migrants living in poor conditions in dormitories with low wages due to Covid-19.

Recent series of suicides and attempts of suicides among migrant workers in Singapore has raised concerns over the mental health and wellness of thousands of migrants living in poor conditions in dormitories with low wages due to Covid-19.

Back in April, the authorities in Singapore had sealed off the blocks of dormitories that house thousands of migrant workers in the country, maximum of which are from South Asian countries. This led to rapid rise of Covid-19 cases among migrants living in extremely congested dormitories with poor and inhabitable conditions, raising many questions from the human rights advocates. Almost four months later the dormitories are still locked down and under quarantine. The migrants who are Covid-free now are also locked down under similar conditions. Moreover, the uncertain employment conditions and extremely low wages are also the crisis situation for these workers.

Do yall see any safe distancing?

Do yall think if left ignored, this could be a breeding ground for Singapore's largest Covid-19 cluster? pic.twitter.com/sVoG8jHjMW

These conditions are posing a mental health crisis among workers, say human rights activists and mental health experts. Many videos have surfaced online on social media showing them walking on rooftops and window ledges, putting mental health of workers at question and concern.

In another incident popularly circulating on social media platforms on Sunday, a 36 year old migrant worker was seen in his dormitory, all bloodied sitting on steps after self-harming.

MISINFORMATION ALERT 🚨: There's a distressing video circulating on messaging apps purportedly of a migrant worker suicide in a dormitory in #Singapore.

The video was NOT taken in Singapore. DO NOT CIRCULATE. Such content is triggering and can cause harm to others.

Ministry of Singapore has said that this incident doesn’t show a rise in number of migrant workers attempting to take their lives, but an official data hasn’t been shared yet. The issue of migrants being unable to return back to their countries is also a stem problem raising concerns of mental health among migrants in Singapore.

The concern of restricted movement of migrants in dormitories with long periods of isolation to be a contributory factor to their mental health was also shared by Kenneth Mak, the Health Ministry’s Director of Medical Services. At a press conference on Thursday, Mr. Mak said that government was addressing the issue on priority and also that authorities are committed to the condition of migrant workers on a long-term basis, keeping their mental health on priority.

Out of 54,000 Covid-19 cases in Singapore, approximately 300,000 cases are among migrant workers living in dormitories.