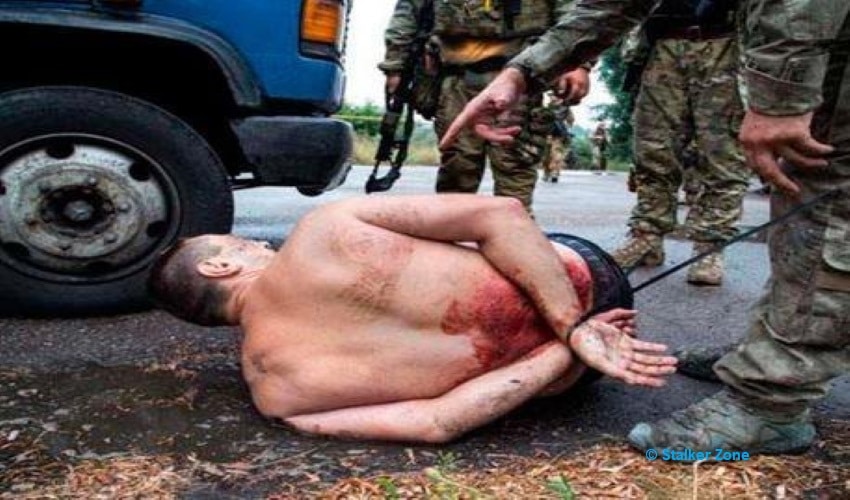 In 2016, the Human Rights Watch and Amnesty International uncovered the practice of secretly detaining civilians by both sides of the eastern Ukraine of civilians in a report called “you don’t exist”.

In 2016, the Human Rights Watch and Amnesty International uncovered the practice of secretly detaining civilians by both sides of the eastern Ukraine of civilians in a report called “you don’t exist“. For four years no justice or reparation has been done for any of the victims. Today in a joint statement, the two organizations asserted that not a single individual involved has been prosecuted.

As per the Human Rights report, in some cases, the detention ordered was a forced disappearance, implying that the authorities in question denied providing any information on the detainee or their whereabouts or their condition. Many detainees were denied medical treatment if needed. Few of the secret detainees suffered health issues due to ill-treatment in prison, the HRW stated.

Ukraine: Torture and secret detention on both sides of the conflict line https://t.co/wXCOWjtBZr @hrw @amnestyonline pic.twitter.com/OLdMzcHPsp

Amnesty International’s Eastern Europe and Central Asia Regional Office Director Marie Struthers expressed that “While the former prisoners of the Ukrainian Security Service’s (SBU) secret jails are still anticipating justice, while the agency keeps on denying it and continues to blame ‘Russian propaganda for claims it decides not to confront.”

The report (you don’t exist) gave detailed information on the matter, which could have been a basis for a thorough investigation. The Ukrainian Military Prosecutor’s Office opened an inquiry concerning the issue, but it gained minimal considerable ground.

Amnesty International and the Human Rights Watch submitted a joint data to the investigation officials in Kyiv, with extra information on cases. It included information provided by one of the secret prisoners in SBU who gave testimony on his kidnapping, torment, and secret confinement for longer than a year.

The long night in Kashmir Valley