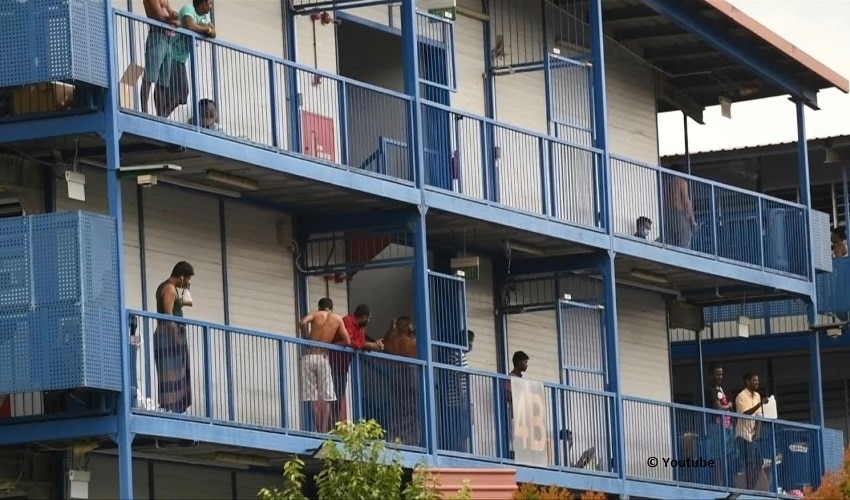 Thousands of low paid migrant workers in Singapore are now reportedly suffering from mental health issues.  Most of them have been confined to dormitories with low levels of sanitization and airing facilities.

There has been a spate reported self-harm incidents out of the migrant worker dorms in #Singapore over the past week. I won't retweet links because some local media are happy to publish graphic pics/vids. 1/

Due to the ongoing pandemic situation across the city, the city administration decided to shift the whole migrant population to dormitories in an attempt to he contain the increasing number of virus cases. It was in April itself that the sprawling housing blocks were sealed off to the migrant population.

Even now, some of the dormitories remain under quarantine. The prolonged state of confinement has lead to deterioration in the mental condition of the workers.  These also include those who might be virus free but are troubled over uncertainty of their jobs.

We have heard of cases of extreme distress due to the inability to provide for families, inability to service debts to money lenders and banks and inability to fund medical care for children and elderly parents.

Certain cases showing self harm have been reported to Singapore Ministry of Manpower. According to the Singapore administration, quarantine lockdowns will be lifted this month over most of the marked off zones, barring a few. Singapore has recorded over 53,000 Covid-19 cases, mainly from dormitories in which around 300,000 workers from Bangladesh, India and China are housed. Only 27 people have died from the disease in the city-state. The level of contraction has been much more in the migrant population in Singapore.  These cases amounts to gross violation of human rights too, but have not been reported or issue raised by any non-governmental human rights group.

Turkey decides on crucial accord of women’s safety