Turkey decides on crucial accord of women’s safety 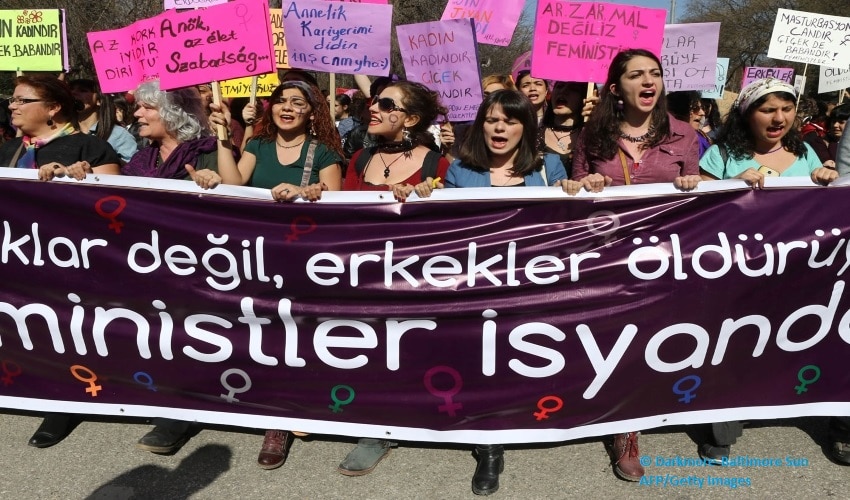 Over the past few days, a trend has been going viral globally with women sharing smiling black and white selfies. But the message behind is sombre. It started in Turkey with the murder of a 27-year-old woman by her ex-boyfriend.

In the backdrop of increased scrutiny on violence against women in the country, the ruling party in Turkey is set to decide whether it will stay in the Istanbul Convention.

Over the past few days, a trend has been going viral globally with women sharing smiling black and white selfies. But the message behind is sombre. It started in Turkey with the murder of a 27-year-old woman by her ex-boyfriend. The trend was started by women’s groups in the country to bring to light the rampant violence against women and the lax implementation of the laws that were meant to protect them. But unfortunately for them, despite the traction the campaign gained, Turkey might be going the other way.

The conservative government led by President Recep Tayyip Erdogan is considering withdrawing from the Istanbul Convention, an accord signed by the Council of Europe in 2011, designed to protect women. Coming at a time when women’s rights campaigners have actually been calling for stronger implementation of the Convention in the aftermath of this gruesome murder, this is a shock.

What saddens me the most is the current argument on Istanbul Convention, a human rights treaty against violence against women. A text originally written in Turkish, signed by 45 countries & European Union. Turkey now wants to pull out of it, saying it's against our family values.

The religious right has long maintained that the Istanbul Convention is “too liberal”, encourages homosexuality under the guise of gender equality and attacks the fundamental family structures. Women’s groups say opting out of the accord at a time when femicide was at an all-time high and 38% of the women in Turkey face some sort of abuse at home during their lifetime sends out the wrong signal. It would put Turkey in the company of countries like Poland whose nationalist government is also trying to do away with some of the rules it finds too progressive.

There are supporters and detractors of the move with the President’s own family. His son Bilal Erdogan has said the view of the family structure comes from religion and not through man-made laws. He has called for Turkey to withdraw from the accord. Meanwhile, Erdogan’s daughter Sumeyye, who is the deputy chairwoman Women and Democracy Association, has said that ‘family’ has no meaning if one side is suppressed and subject to violence. She has called for a renewed commitment to the Istanbul Convention. Supporters of the accord have said that withdrawing from it would take Turkey further away from the civilised world and out of step with the values of the European Union that Turkey has been trying to join for decades. The ruling party is expected to reach a decision on this by next week.