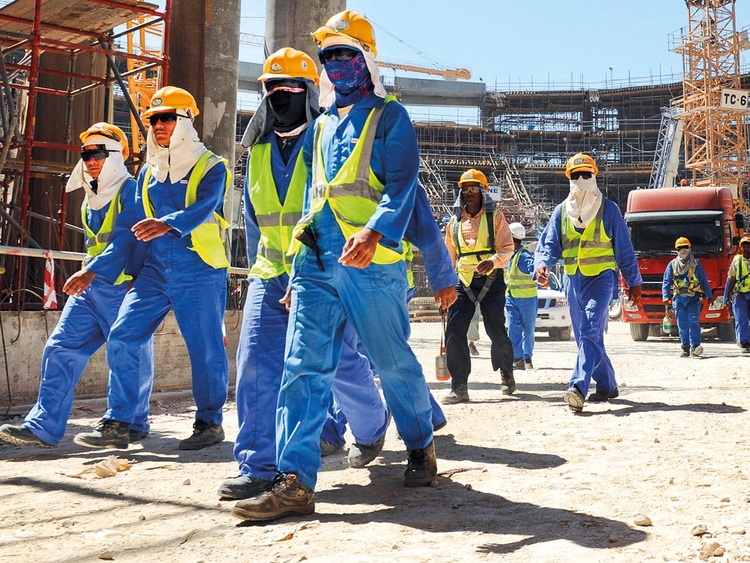 Foreign workers in Qatar continue to suffer from discrimination in various aspects of life, including the field of education, which has drawn international criticism.

In this context, the United Nations expert has warned to assess the progress made in the right to education. The high education fees on foreign workers in Qatar means that thousands of students cannot study.

The population of Qatar is 2.7 million people, according to official figures, including only 330,000 Qataris, while the majority of foreigners come from poor developing countries and work on projects related to the 2022 World Cup. The minimum wage has become 200 dollars in Qatar.

“I am concerned about the high tuition fees that non-Qataris have to pay for education, which means that there are children out of school at the moment,” she added.

According to the UN expert, “these fees must be abolished so that all children can enjoy their right to education.”

Polly Barry, who previously held the position of Minister of Education in Burkina Faso, estimated the number of foreign children at four thousand who are unable to meet the high tuition fees and did not go to school as a result.

The expert visited Qatar from December 8TH to 16TH, with the aim of “assessing efforts in the country to implement the right to education”.

The UN rapporteur visited several primary and secondary schools and private and public universities and met with officials and administrators.

Qatar, a small gas-rich emirate, has invested a lot of money in its universities and cultural institutions and has attracted foreign universities to establish branches in it.

Qatari citizens enjoy the right to free education like other Gulf countries. The Special Rapporteurs are part of what is known as the Special Procedures of the Human Rights Council and do not speak on behalf of the United Nations. However, the results of their investigations can be used by other UN organizations, including the Human Rights Council.

The working group will present its final report to the United Nations Human Rights Council next year.
Foreigners in Qatar are encouraged to establish their own schools and use their curricula, which has led to the establishment of schools dedicated only to Indian or Filipino children, for example.

There are 196,000 students in private schools according to official figures, while 122,000 children receive their education in the government sector.

Workers in Qatar suffer from discrimination because of their nationality as well as the spread of racial and ethnic profiling.

Foreign workers are often employed to perform certain tasks, like women from Southeast Asia usually work as domestic servants, while men from South Asia work in construction that does not require high skill.

Doha has taken a package of measures to improve working conditions with the push of international pressure, but regulators have seen that they have not yet lived up to international standards and that Qatar should do more to ensure the safety of foreign workers and freedom of movement from one work site to another without being subjected to harassment by their bosses.

Qatar recently denied completely the veracity of what was stated in a report issued by Human Rights Watch that had indicated that deaths among foreign workers were mainly caused by heat disease.

Coronavirus: Lockdown and its Impact on Work-Life Balance