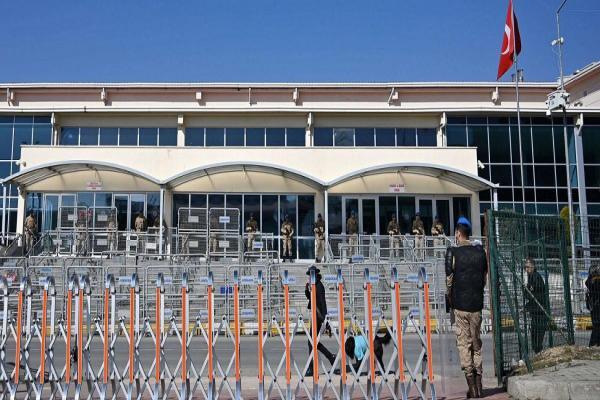 Salahuddin Demirtaş is one of the thousands of prisoners of opinion, who are excluded from the law to release prisoners, as it appears that the Turkish authorities have other priorities than health. Salahuddin Demirtaş suffers from a respiratory crisis. Demirtaş is a Kurdish opposition politician, who was arrested by the Turkish authorities, as part of a campaign of arrests launched by Erdogan in 2016 after an attempted coup against his rule, on charges of “running a terrorist organization”, “carrying out terrorist propaganda” and “inciting crimes” with a prison sentence of up to 142 years.

Demirtaş, despite the risk of being exposed to the virus in his cell, was not covered by the recent prisoner release law as a result of the “Corona” outbreak. He is one of the thousands of prisoners of opinion who are exempted from the law.

Corona did not prevent the Turkish authorities from suppressing anti-regime voices and imprisoning them. The Turkish Parliament has approved a draft resolution that allows the release of tens of thousands of prisoners, as a safety measure to counter the spread of the “Corona” virus, especially after 17 prisoners were infected and three of them died, according to the figures announced.

But the irony is that the law, which was approved by 279 members excluded prisoners of opinion and those held on charges of “terrorism”, including journalists, political opponents and lawyers, are still being held pending their trials.

This law applies to several prisoners, including pregnant women and the elderly who suffer from medical conditions. While excluding certain groups, such as killers, sexual and drug offenders and political detainees, whom the Turkish government has equated with previously excluded groups, the reason they have been excluded is because the authority decided to use them with flexible and vague “anti-terrorism” laws.

The new Turkish law has prompted human rights groups to condemn it, for excluding thousands of prisoners of opinion. Among them are “Amnesty International” and “Human Rights Watch,” which, in a previous report, mentioned that Turkey ranked first in the world in the journalists imprisonment. About 175 journalists and media workers were in pretrial detention, or in prison, for “terrorism” in 2018.

Turkey, which has surpassed Iran as the highest number of infections in the Middle East with 82,329 cases of Corona virus, faces widespread criticism in dealing with the epidemic health, political and media. It seems that it is an ideal time for Turkey to practice its repression. The authorities recently arrested 19 people who wrote posts on “Corona” on their pages on social media and the authorities described them as “baseless and provocative,” according to Reuters. In a parallel context, the number of prisoners in Turkey has risen to an unprecedented level and political prisoners make up a fifth of the prisoners. At the end of December 2018, the number of prisoners was about 264,000.

This number increased by 14 percent from the same date in 2017, according to the Turkish government statistics agency. In other words, there are 323 prisoners per 100,000 Turkish people.

Turkish newspaper, Hurriyet, says that most of the prisoners are thieves, noting that they are about 79 percent of the total prison population. As for those convicted of homicides, they amounted to about 4 percent. The large increase in the number of prisoners can be attributed to political reasons, as many opposition voices were thrown into the cells after the campaign of arrests that Erdogan launched since the attempted coup in the summer of 2016. In 2018, courts issued decisions in many politically motivated trials against journalists on the pretext of unconfirmed allegations of links to terrorist organizations or a coup attempt, according to Human Rights Watch’s annual report for 2018. The detention and imprisonment of journalists working for Kurdish media in Turkey also continued Repeatedly and any critical coverage of the southeast has been hindered.

Heya i’m for the first time here. I came across this board and I to find It truly useful & it helped me out much.
I hope to present something again and aid others like you aided me.