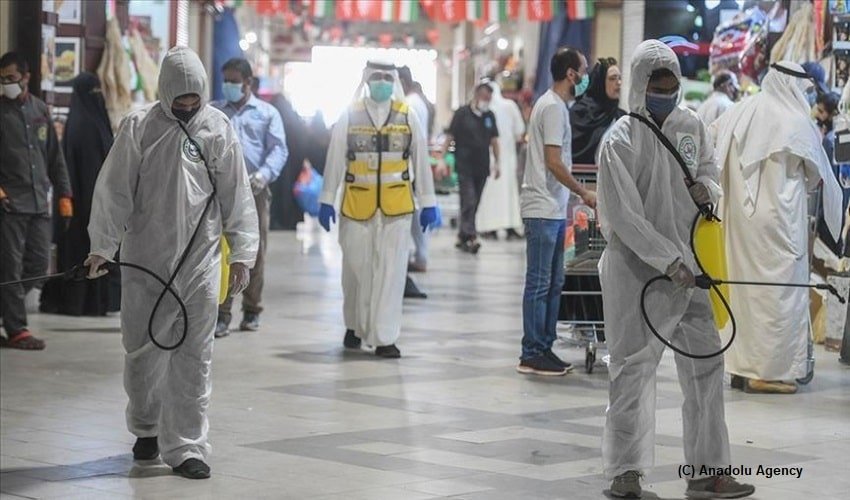 Coronavirus pandemic has seen mostly every country in the world on its toes to fight against it and save its people but unfortunately, this is not the case with some of the countries like Qatar, which has instead chosen to hide the data on coronavirus and spread false information.

There have been reports earlier that have shown that Qatar is relentlessly trying to hide the actual number of data that includes people who are infected and the country’s fatality rate. Experts have time and again said that this is being done to avoid cancelation of the FIFA world cup to be conducted in Doha.

Qatar has been very consciously preparing for the football world cup scheduled to be held in 2022. Doha is hoping to use this opportunity to bring a positive light on itself after allegations grew that it has been supporting terrorist groups and is funding extremist groups like Muslim Brotherhood.

The number of cases projected by the Qatar government is extremely questionable especially when compared to the recovery rate. The number of cases is over 1,33,000 while recovery rates released is nearly 1,30,000 which is one of the highest among countries. This is suspicious because no action plan has been released or shared by the Qatari government to control the spread  of the virus in the country.

In fact, more than anything, Doha has projected itself as a careless country after it risked lives of flight attendants in May merely for a PR stunt. When the whole world was in lockdown and the airports and flight officials were struggling to make needs meet, Qatar chose to advertise its ‘world-class airlines’ to the point that it put flight attendant lives at risk. Even when people were considering a thousand thoughts before flying, Qatar airways continued to follow a path based on ignorance.

This incident itself shows how Qatar conveniently neglected the coronavirus pandemic that has killed millions of people. Another such incident is when Qatar was continuously sending off dead bodies and migrant workers to their home countries despite health officials releasing guidelines to do otherwise.

There were reports that even at the peak of the virus attack, preparations for the FIFA world cup and making the stadium ready were going on. Migrants are treated inhumane by most Qatari nationals and businessmen and are bound by tough contracts that make it impossible to leave.

I became honored to receive a call from a friend when he identified the important guidelines shared on your own site.

Browsing your blog post is a real wonderful experience.

Thank you for considering readers at all like me, and I desire for you the best of achievements as a
professional in this area.

I must express my love for your kind-heartedness supporting individuals
who actually need help on that matter. Your personal dedication to passing the message all
over ended up being pretty functional and have truly encouraged professionals like me to arrive at their pursuits.

Your amazing interesting help implies a whole lot to me
and additionally to my colleagues. Many thanks; from everyone of us.

Oh my goodness! Impressive article dude! Thank you so much, However
I am experiencing troubles with your RSS. I don’t know why I can’t
subscribe to it. Is there anyone else having the same RSS
problems? Anyone who knows the solution can you kindly
respond? Thanks!!

Great article! We will be linking to this particularly great post on our site.

Keep up the great writing.

It’s really a cool and useful piece of information. I am
satisfied that you just shared this helpful
information with us. Please keep us up to date like this.
Thank you for sharing.

I pay a visit daily some sites and information sites to read posts, except this
website gives quality based content.