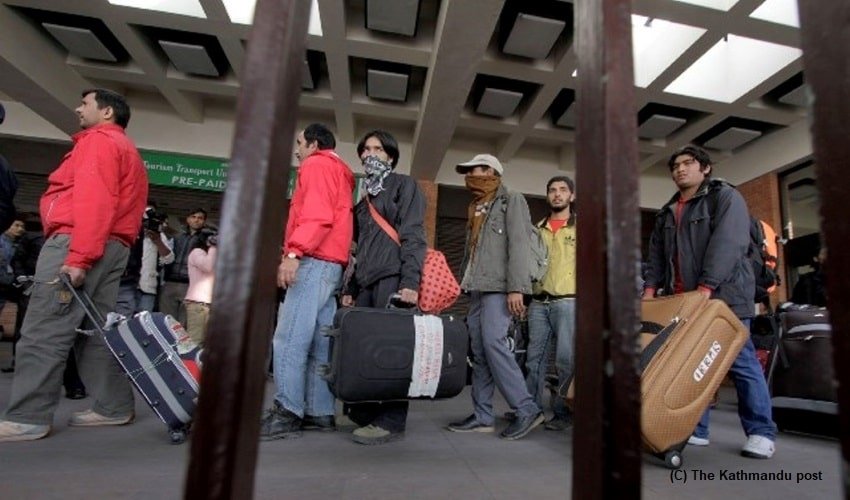 Nepali missions in other nations haven’t resumed their operations yet due to lack of workers need confirmation from the countries to recruiting agencies.

Nepali government has decided to migrate its workers to countries for employment which was suspended due to Covid-19 pandemic. But Nepali missions in other nations haven’t resumed their operations yet due to lack of workers need confirmation from the countries to recruiting agencies.

The officials say that the demand verification of workers from abroad hasn’t be done yet for the new workers as the current process of citizens repatriation is on priority for them currently.

Labour demand verification is the first step towards securing employment opportunities for Nepali workers. But the door has remained closed for months.

The new directive which was implemented by the government in 2018, required the foreign country employers to first get their documents for worker demand verified by Nepali missions in that particular country.

What is even more surprising is that the Cabinet opened labour migration, but Nepali missions abroad have not abided by the decision and are still not verifying labour demand documents. We have been reaching out to all concerned authorities for the resumption of the service.

Migrant workers migration was banned around mid-March by the Nepali government to foreign nations for employment due to Covid-19 crisis. As a result, the various Nepali missions in other nations also stopped processing workers demand letters. But the government had not issued directions regarding this. Now even though the government has lifted the ban over labour migration in August end, the verification process for demand by missions has remained non-operational.

Nepali missions abroad yet to verify demand for workers

Without the verification, recruiting agencies say thousands of workers have not been able to go despite the Cabinet decision to resume labour migration in August. https://t.co/DdnTCYY4yz — by @CK_Mandal

Shrestha explains, “The Cabinet decision of August 30 said that the government had fully opened the labour migration sector. Following the decision, the Department of Foreign Employment also started issuing pre-approvals and final labour permits. However, Nepali missions have not started verification of the demand letters. Not a single demand has been approved in this period.”

Shrestha notes that due to lapse and uncertainty in the verification process, the demand of Nepali workers has hugely impacted. The number is astounding in Saudi Arabia with over 70,000 Nepali workers employment getting impacted.

Nepali missions in the countries say that it still isn’t entirely safe for workers to travel to these employment destinations due to ongoing pandemic, and would be wise to delay the migration as of now.

The Department of Foreign Employment however says that it is in talks with the missions to resume the demand verification process.