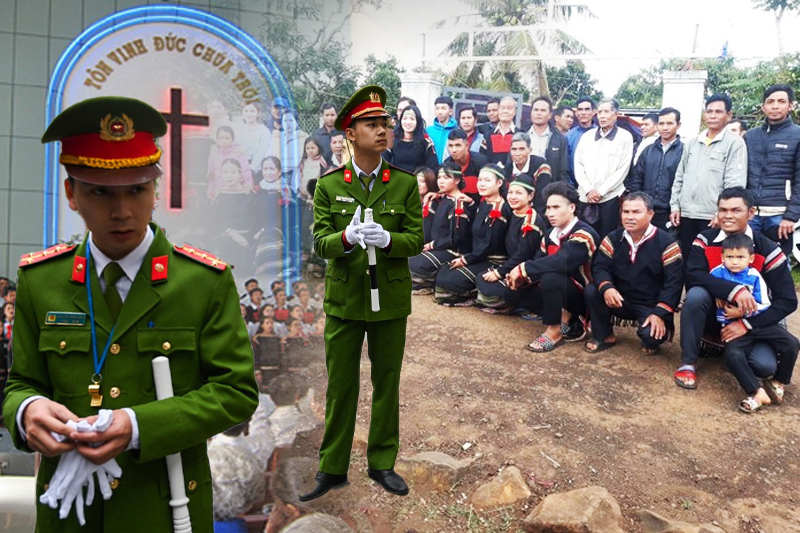 In Dak Lak Police arrested Y N Hadru and a fellow religious freedom campaigner. Police arrested them because they tried to take part and attend the Christmas services. The incident is the Evangelical Church of Christ.

The Montagnard Stand for Justice tells on their Facebook page that Sunday, Y N Hadru and fellow worshiper Y Pok Iban came to take part in a Christmas service in the village of Cu’or Nya 2 in the Ea Bar commune of Buon Don district. Y N Hadru 52 years old and his fellow worshiper id 37 years, came after getting the invitation to the church.

The basic thing you should know is that Protestantism is not the country’s accepted religion. It is not affiliated with the state-affiliated Vietnam Fatherland Front.

When he arrived in the city, traffic police stopped him and as d  for the r  vehicle documents and driving license. This happened near CuoKiaia village and after checking the papers police said they are fake.

Before releasing them police forcefully signed a confession by  Y N Hadru and his fellow.

Here already came from jail before, he got jailed for four years for demanding religious freedom and land grab.

Though Yn Hudru admitted that he stored Vietnam’s information about human rights abuses in his phone. And police returned their phones and papers and ordered them to go home.

He said in Dak Lak province they all planned to celebrate Christmas in Dak Lak province at Y Kreek Bya’s house. He said police warned them to not attend this meet-up. Police already warned them if they left their homes to go to this meeting they would arrest them. Police also removed the banners from houses celebratory banners written in the Ede language at Y Kreek’s house.

Vietnam’s government accused the Central Highlands Evangelical Church of Christ of being reactionary.

People’s Public Security newspaper published an article in January about religion in the Central Highlands and the U.S. It was accused of gathering dignitaries and ethnic minority followers to form their religion. But the Church denied this news.