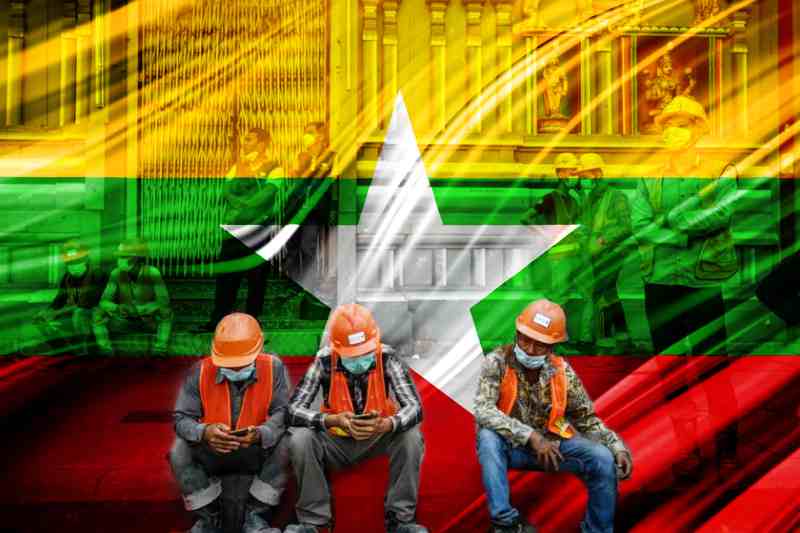 Workers groups in Myanmar are calling on government to establish an independent Ministry of Labour that would be responsible for dealing with workers and their labour related issues. Furthermore, the labour groups and labour rights activists are also demanding that government must take stern action to handle corruption and bribery in the current Ministry of Labour, Immigration and Population.

The current amalgamation of ministries of labour, population and immigration into one is one of the government’s measures to achieve cost cutting.

U Thet Hnin Aung, general secretary of Myanmar Infrastructure, Craft and Service labour group said, “The Labour Ministry which needs to settle many issues all the time was merged with very busy immigration in 2015.” He added, “When a new government is formed in March, we want those to be separated out to allow a dedicated labour ministry.”

He pointed out that labour minister must be able to handle and take action against widespread bribery and corruption within the ministry. He must be able mediate and solve issues between workers and employers without favoring anyone.

He said, “Other officials create conditions in which employees have to struggle under more difficult working conditions to force them to concede to the demands of their employers.”

U Thet Hnin Aung said that labour and immigration sectors should never have been placed under one ministry in the first place, as both ministries are equally important and require undivided attention from the ministers.

Daw Thet Thet Aung, director of labour rights group Future Light Centre has also pointed out that during past five years very little has been done when a rights violation case was reported. She added, “We need better employer-employee arbitration mechanisms and social security systems.”

A senior leader at Federation of Garment Workers, Daw Moe Sander Myint, said that the labour minister who would be taking charge of the ministry must listen to workers and also acknowledge their grievances.

COVID-19: Mexico urges US to vaccinate its migrant workers