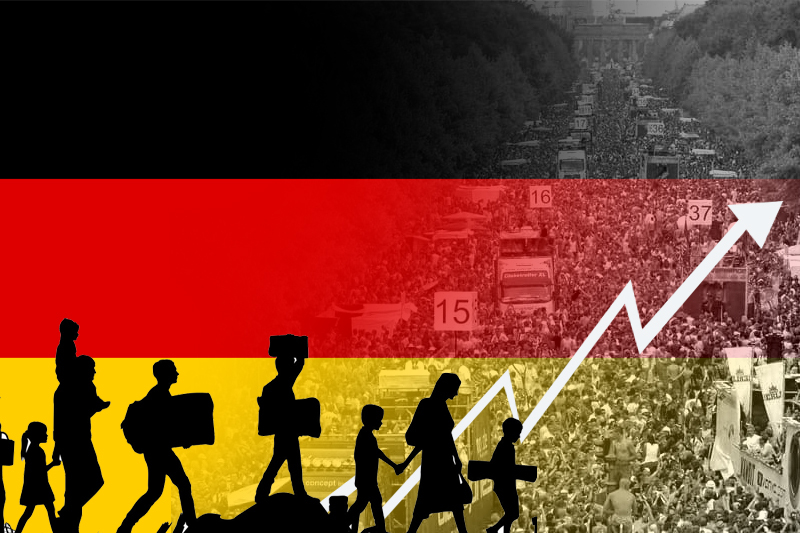 Berlin :After remaining relatively unchanged for the last three years, the population of Germany increased to an all-time high of 84.3 million people in 2022 as a result of the influx of Ukrainian refugees who fled to Germany to escape the conflict.

According to the latest data released by the Federal Statistics Office on Thursday, the population of Germany increased by 1.1 million people in 2022 compared to the previous year. Immigrants more than made up for the low birth rate and the increasing average age of the population.

The arrival of Ukrainians in Germany contributed to a 740,000 increase in the country’s total population in just the first half of the year. In the second half of 2015, Germany welcomed 756,000 new citizens, despite the country being in the midst of the worst of the refugee crisis, which was caused by turmoil in Syria, Afghanistan, and Iraq.

According to the data provided by the statistics office, the flow of immigrants coming from countries other than Ukraine surged in 2022. This followed several years of sluggish development due to the pandemic caused by COVID-19.

According to the statistics office, the equilibrium between the number of immigrants and emigrants reached its greatest level since Germany began collecting the statistics in 1950. Additionally, this level was four times larger than it was the previous year.