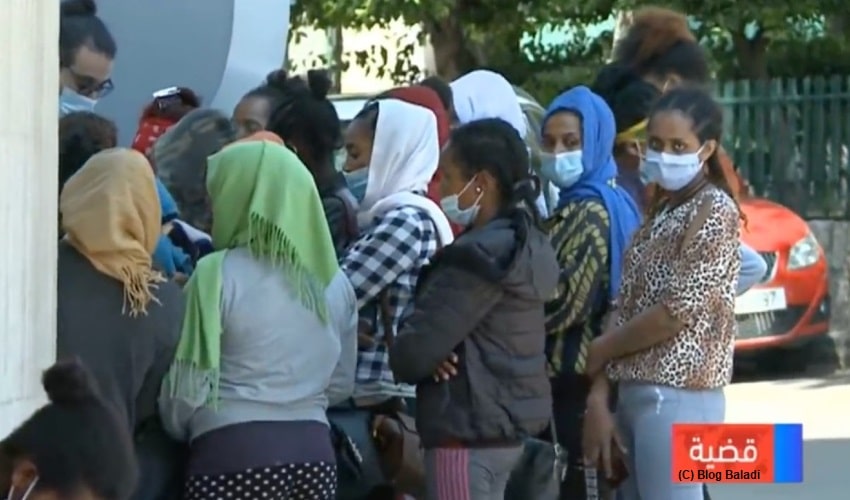 Already struck by the economic crisis, Lebanon’s situation has turned sourer following the blast at Beirut port, Which has led to homelessness and joblessness of domestic migrant workers abandoned by their employers, the Human Rights Watch (HRW) stated.

As the domestic laborers have next to zero social security in Lebanon, they started urging their individual Embassies to help send them back to their nation. However, with less assistance from the Embassies and costly airfare left numerous migrant workers in a dilemma.

Following the blast, hundreds of migrant domestic workers were laid off and left by their employers. The Lebanese government took no step to hold these employers accountable or secure the rights of the workers. Already many workers were living on the streets or in temporary shelter homes and relying on local NGOs’.

Migrant workers lost all their lifetime savings, homes, their belongings, and many lost their passports in the Beirut explosion. Rented houses were completely damaged, causing thousands of people to become homeless in a matter of minutes. Domestic workers are confronting the worst amid no jobs and no means to return to their home country.

This is a worthy fundraiser to help victims of Lebanon’s kafala system – migrant domestic workers who have been abandoned by their employers with no money and no way to get home. https://t.co/IrdNshAoyu

Migrant laborers from Ethiopia, Gambia, and Kenya have urged the authorities for repatriation, but silence was the only reciprocal they received from the government. The only ray of hope came from a local NGO that paid for the return flights for around 38 Gambian migrant workers.

The Lebanese authorities and the Labor Ministry ought to seriously examine and help the jobless and homeless workers by providing them urgent aid, food, and shelter. They must take strict action against employers who dismissed workers amid the covid-19 crisis, HRW stated.

The World Health Organization (WHO) is working towards enabling Lebanon follow-up care for the wounded, providing access to food, shelter, rebuilding ruined hospitals, and improving testing and treatment in the nation amid the growing pandemic, the WHO stated.

WHO has urged nations for at least US$ 76 million aid for its (Beirut Port Blast Emergency Strategic Response Plan) a humanitarian work in Lebanon.

Amnesty International is also requesting the Ministry of Labor to build a labor inspection unit explicitly intended to screen the working conditions of the migrant domestic workers so that they can act quickly in case of a violation of the work contract signed by employers.

Furthermore, the Lebanese government, the nations of origin, and the global philanthropic agencies ought to ensure that workers who desire to return to their country are able to do so, HRW stated.