Layoff Alert: Dunzo, Sharechat, Rebel Foods, And Agritechs Are Prepared With It! 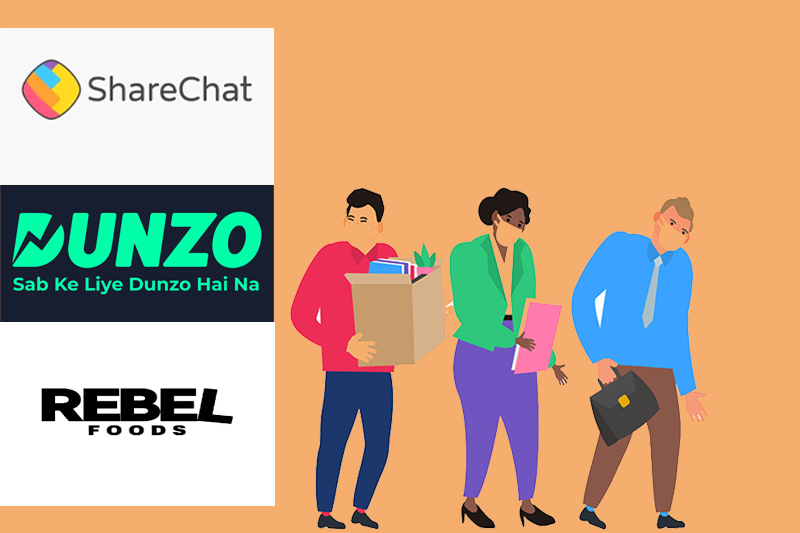 layoff alert dunzo, sharechat, rebel foods, and agritechs are prepared with it

We had seen that many business models were facing challenges and as a result, they were announcing layoffs. We have seen many big bulls and startups join the list rapidly. Now agri-tech companies are also going to enter this unit.

Last year, Temasek-backed agriculture market DeHaat cut off around 5% of its employees. Several other ventures capital-backed firms such as Beejak, BharatAgri Captain Fresh, and Gramophone have also downsized over the years.

In the time of November and December last year, the Gramophone based in Indore cut down around 75 employees from their team. This is due to the focused objective on profitability over the next few financial quarters.

After raising $10 million in October 2021 the company was in expansion mode. This amount was collected by the investors like Z3Partners and Info Edge. They have around 450 employees on their team working currently.

The tiger for Captain Fresh is trying to globalize their market, since last April. 120 employees lost their job After raising $50 million for the company, the notable point is that the company’s valuation more than doubled to $500 million in March 2022.

BharatAgri provides AI-based services to farmers by paid subscription and also cut off 40 employees in August. And now they are planning to reduce 52 more from the unit.

The company said that the number of employees who were cut off from the unit was less than a hundred and the company showed the reason that the employees were not working properly. Investment banking firm Avendus Capital’s report of December states that 63% of the total capital is invested in agritech in India. In 2021 $1.22 billion were invested in 45 startups of agritech and about $796 for 30 startups in 2022.

When the capital of the investors froze, agri-tech startups started eyeing the works of the units. And after driving the motor for several days, he announced a round of layoffs. CEO Siddharth Dialani said this was necessary as the performance was not good, adding, “Most companies have already taken the right steps in the last two quarters and we expect the results to start showing this year.”

So, Agri-tech startups are downsizing their teams to cope with the changes taking place in the world for business models.