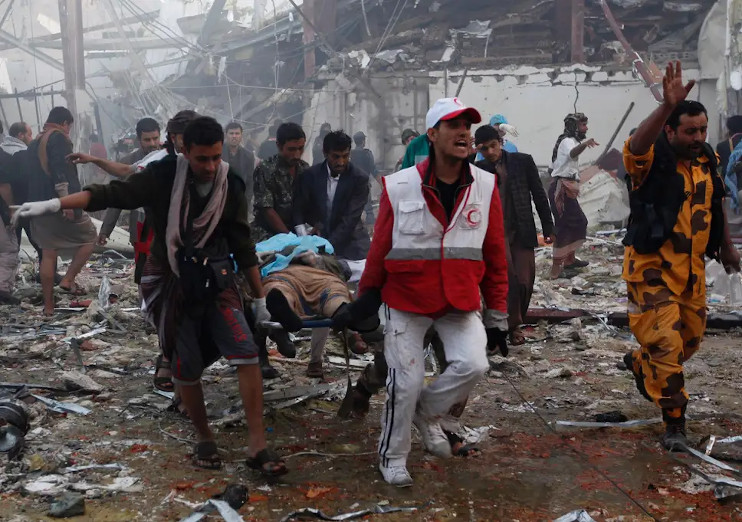 Yemen is witnessing horrors and human rights violations for the last four years, all committed by the Houthis militias.

19,711 cases of violations against civilians were listed particularly in Amran governorate, in the north of the country, a Yemeni human rights report documented.

The report issued by the Human Rights Office in Amran Governorate shoes how more than 10 types of violations were listed, including 1130 civilian deaths, among them 423 women and children, and more than 1180 civilians severely injured.

The human rights violations report revealed 1566 cases of detention in 26 Houthi militias’ prisons in Amran, in addition to 181 cases of arbitrary arrest and 377 cases of torture during.

The report pointed out that the monitored violations affected public and private properties such as institutes homes and mosques, places of worship, political party headquarters bombing, homes burning and occupation and forced displacement.

The Human Rights Office in Amran Governorate called on the United Nations and its organizations to assume their responsibility to stop the violations committed by the Houthis in the Amran Governorate specially against children.

It also called on the international community to condemn the violations against civilians in Amran governorate and to pressure the Houthi militia to stop their crimes and  release the detainees.