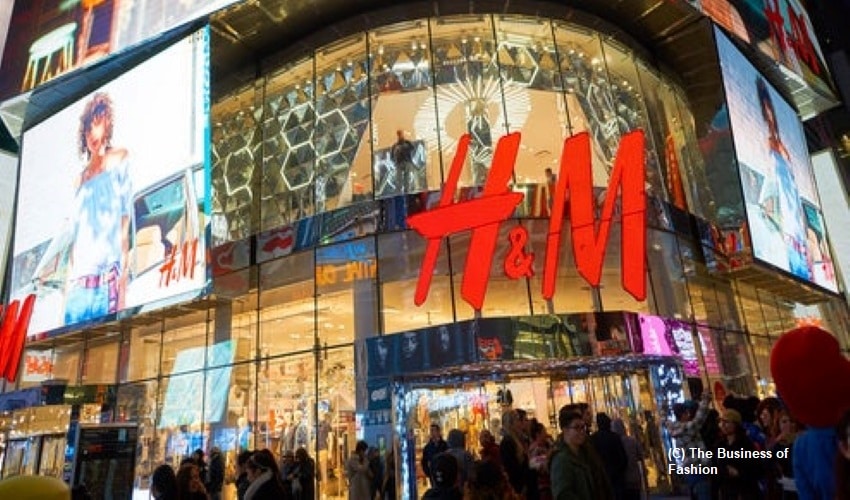 The clothing company, H&M, was fined $41.1 million (35 million Euros) for tracking the details of ‘several hundred of its employees’ regarding their personal lives including family issues, religious beliefs, illnesses, vacations, employees’ relationships etc.

The clothing company, H&M, was fined $41.1 million (35 million Euros) for tracking the details of ‘several hundred of its employees’ regarding their personal lives including family issues, religious beliefs, illnesses, vacations, employees’ relationships etc. The extensive details were recorded at the company’s customer service centre in Nuremberg, Germany.

According for the Germany watchdog, Data Protection and Freedom of Information, in Hamburg, the company started tracking the details of its employees sometime in 2014. The recorded details were available to about 50 other mangers to help them make decisions regarding employees. The regulators called it a “particularly intensive interference” with its employees’ rights. The recorded data of employees’ details became public for a few hours in October 2019, due to a “configuration error” which made the data accessible to all in the company.

The extensive surveillance reflected a “serious disregard” for the workers’ data privacy. The amount of the fine imposed is accordingly appropriate and suitable to deter companies from violating the privacy of their employees.

The fine of 35.2 million-euro levied on H&M has so far been the second-largest fine ever issued under the European Union’s data protection laws, which came into force in 2018.

Europe’s fashion retailer committed to “carefully” review the decision imposed by data watchdog and guaranteed to provide “financial compensation” to anyone who worked at the Nuremberg center for at least a month since May 2018.

Besides, the company said that it has turned more cautious and has taken several steps ensure that its workers privacy doesn’t get compromised. The company also claimed to have introduced few changes including, “personnel changes at management level at the service centre in Nuremberg; additional training for leaders in relation to data privacy and labour law; revised instructions for managers; creation of a new role with specific responsibilities to audit, follow up, educate and continuously improve data privacy processes; and enhanced data cleansing processes and improved IT solutions supporting compliant storage of personal data, training and leadership”, The company’s statement read, “The incident revealed practices for processing employees’ personal data that were not in line with H&M’s guidelines and instructions. H&M takes full responsibility and wishes to make an unreserved apology to the employees at the service centre in Nuremberg.”

These are really great ideas in about blogging.
You have touched some fastidious factors here. Any way keep up wrinting. https://vanzari-parbrize.ro/parbrize/parbrize-citroen.html

Hello there, I found your blog by way of Google whilst searching for a similar matter, your site
came up, it appears to be like good. I have bookmarked it in my google bookmarks.

Hi there, simply become aware of your blog via Google, and located that
it is truly informative. I’m gonna be careful for brussels.
I’ll appreciate when you proceed this in future.
Many other folks might be benefited from your writing. Cheers! https://vanzari-parbrize.ro/parbrize/parbrize-nissan.html

Amazing! Its genuinely awesome piece of writing, I have
got much clear idea concerning from this paragraph. https://anunturi-parbrize.ro/luneta-peugeot-52.html

Terrific post but I was wanting to know if you could write a litte more on this
subject? I’d be very thankful if you could elaborate a little bit further.