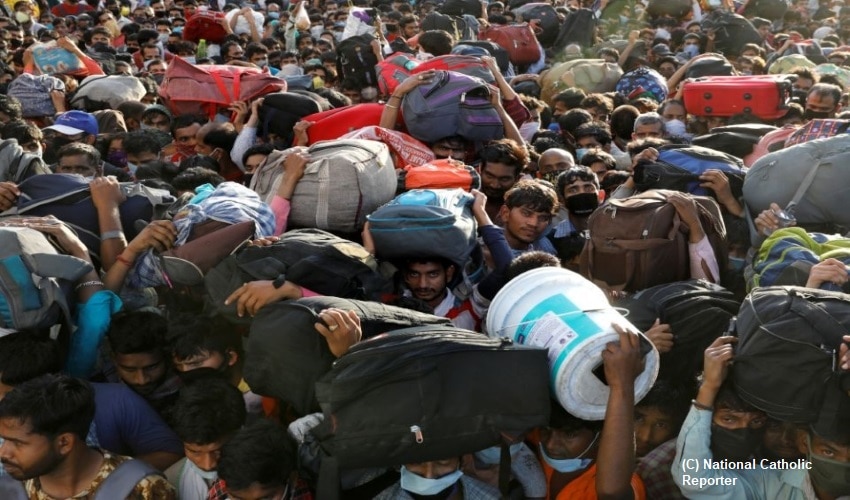 The coronavirus pandemic has adversely impacted migrants across all parts of the world.

The coronavirus pandemic has adversely impacted migrants across all parts of the world. A recent report by UN agency IOM (International Organization for Migration) has stated that COVID-19 left around 2.75 million migrants stranded somewhere in the world as they were not able to return home due to global lockdown. Not only migrants were left stranded, but they were also subjected to violence, exploitation and discrimination in many countries. They became targets of stigmatization and xenophobic attacks, predominantly due to hate speech circulating on the Internet in the aftermath of COVID-19,

According to the IOM report, stranded migrants are those who are willing to return to their country of residence but are unable to do so due to pandemic restrictions, such as construction workers, miners and seafarers stuck on decommissioned ships. its report, the IOM revealed that these 2.75 stranded migrants are among those who either approached the agency or were referred by the UN agencies, governments or civil bodies for assistance due to a shortage of basic amenities such as food, shelter and drinking water. The agency also noted that this data, to a great extend, is underestimated.

As per IOM data, the Middle East and North Africa (MENA) is the worst-affected region in terms of migrants crisis accounting for around 1.25 million of the total 2.5 million population, followed by Asia at second with nearly one million migrants.

Urgent action is needed to address their needs, our @Dillon_PaulJ says: pic.twitter.com/ejRlawxsK5

Migrants and migrant workers were highly exposed to slave labour, exploitation, human trafficking and sexual exploitation in the past few months. Unsanitary and crowded living and working conditions are exacerbating the risk of COVID-19 transmission among the workers. Due to the lack of basic healthcare and COVID-19 prevention awareness, many migrant workers are under threat of contracting and transmitting the virus. Countries like Singapore and Canada reported a prominently large number of virus infections and deaths amongst migrant workers.

Prior to COVID-19, there were an estimated 164 million migrant workers in the world (ILO 2018 report). When the pandemic hit the world, governments began imposing border closures and lockdown measures to contain the virus spread. However, these rigid measures turned the lives of millions of migrant workers upside down as it became difficult for them to return to their home countries.

With border closures and economic restrictions, migrant workers were left stranded in destination countries without income, shelter or basic amenities. COVID-19 also exposed the flaws in governance structures of many countries as they lacked essential protective policies for these workers.

Meanwhile, IOM has been making efforts to persuade world governments to include the plight of migrant workers in their plans and policies amid the fight to contain the pandemic.