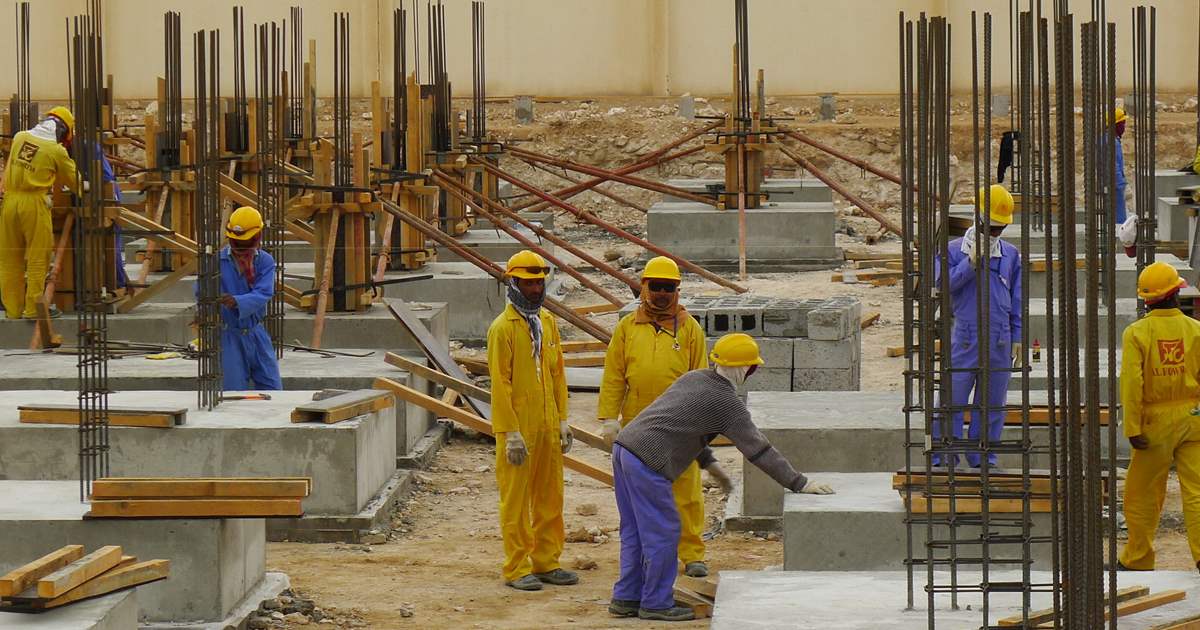 Doha recorded 1,716 COVID-19 new cases and 4 new deaths. According to Worldometer, the total cases in Qatar from the beginning of the pandemic are 73,595, 66 the deaths, while 49,413 patients recovered. Qatar is the only country of its region where the COVID-19 increase continues to rise exponentially as the virus is spreading between migrant workers in labour camps. According to latest reports, despite the several appeals by international organizations, migrant workers in the Gulf State are not receiving any assistance or attention by local authorities. Hundreds of Indian migrant workers reached out to Indian embassy in Doha for help after being stranded in the country with no job, no medical assistance and no hygiene.

Since first few cases of COVID-19 were confirmed in March, the numbers have mushroomed to almost 50,000 in less than three months with an exponentially spreading in the last 15 days.About 600,000 blue-collar workers, mostly young, single non-Qatari men, labor away to build Qatar’s legacy. In color-coded uniforms, the workers are bussed onto the construction sites in the morning. In the afternoon, the workers are delivered back to huge camps, built specifically to house them, on the outskirts of the capital, Doha. The labor camps have long been criticized by human rights groups for overcrowding and poor living conditions, which became the ideal ground for transmission of COVID-19.

Qatari authorities should ensure that migrant workers receive adequate protection during the COVID-19 pandemic, a coalition of 16 nongovernmental organizations and trade unions said in a letter last March, 2020 to Qatar’s prime minister and interior minister, Sheikh Khalid bin Khalifa bin Abdulaziz Al-Thani. The groups include Human Rights Watch, Amnesty International, and Migrant-Rights.org. Qatari leadership didn’t take any action to ensure that migrant workers including undocumented workers, quarantined or otherwise, have access to testing and get appropriate medical treatment. Migrant workers unable to work, either due to preventive quarantine or testing positive for COVID-19, didn’t receive any wage and were forced to begging for food to survive, The Guardian previously reported.

Underpaid migrant workers are unable to resort to treatments in Qatari clinics or hospitals for a fee and despite being helped, officials reserve them inhuman treatment. They are victims of systematic discrimination and marginalized by local communities looking at them as virus carriers. Recently, the UN agencies demanded to end this stigma,warning that isolation and reduced mobility have increased the risk of abuse and exploitation, particularly of women migrant workers and their children, including by employers and partners.

FIFA apparently unaware of World Cup stadium workers in Qatar not paid for up to seven months, Amnesty denounces - The Workers Rights

[…] International released a new report indicating that migrant workers employed on a construction project for a FIFA World Cup stadium, in Qatar, worked for up to seven months without getting paid. […]