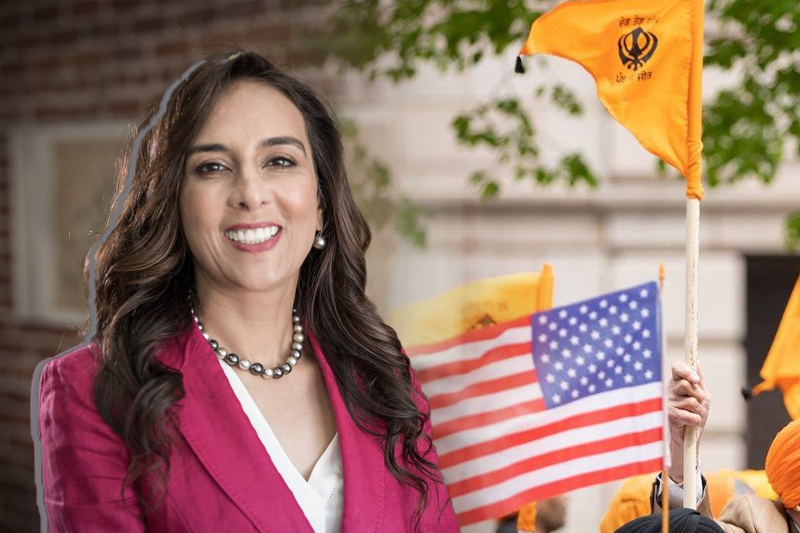 Washington: An Indian-American lawyer Harmeet Dhillon who is running for Republican National Committee, claimed that she is facing biasness attacks from party leaders because of her religious faith in Sikh. But she also included that she will never give up And stay in the race for the top spot.

Dhillon is 54 years old and she is running against the ex-co-chair of the California Republican Party, named- Rona McDaniel.

On Monday in her tweet, Harmeet Dhillon said that she and her team, her beliefs, from the colleagues in the presidency, are getting targeted continuously. But she also said that nothing can stop me from making positive changes at the RNC, including new standards that include accountability, transparency, and integrity.

Dhillon said she received many threatening tweets on Monday too.

Since last week, newspapers and media say that detractors have started to worry about his Sikhism. Members of several committees and their supporters are receiving disturbing tweets.

But as heads turn to the opponent, there is also a statement from his side in which his opponent McDaniel, who is also present, condemned such an attack based on faith.

During the time of briefing to a newspaper, McDaniel said that We are a party of family, faith, and freedom and these attacks have no place in our party or our politics. He also said that since he is also from a minority community and I never forgive such attacks on him by any political party. But I will continue to run a positive campaign to protect the rights of minorities.