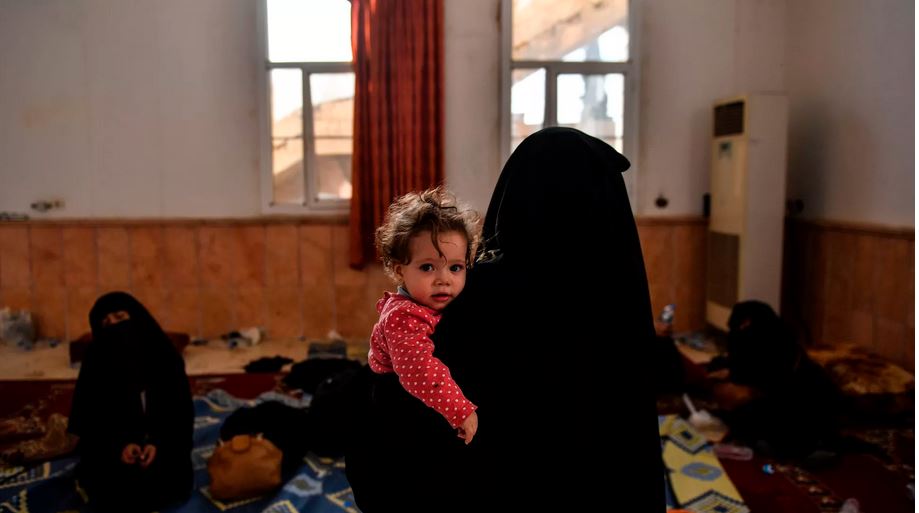 28 thousand children of foreign fighters reside in camps in Syria, 20 thousand of them are from Iraq, according to estimates by the United Nations Children’s Fund (UNICEF),

Thousands are believed to be held in prisons where adolescents and adults are arrested together.

UN investigators called for the return of thousands of children of Islamic State fighters from Syria to the countries of their families.

The Independent International Commission of Inquiry on the Syrian file mentioned in a report that children “in particular” are in “dangerous situation” if they often lack official documents.

“This, in turn, constitutes a threat to their citizenship rights, hinders family reunification and places them at greater risk of exploitation and abuse,” the report said.

The head of the commission, Paulo Pinheiro, said that arresting children with adults is a “horrific violation”, calling on the governments concerned to take action to stop this, adding, “All this delay in removing children from these prisons is a shame. It is a scandal.”

Since last year, foreign fighters from about 50 countries have been arrested in Syria and Iraq in the wake of the collapse of the “caliphate” declared by the Islamic State in the two countries.

Many of their families are being held in the crowded Hol Camp in northeastern Syria, which has about 68,000 people and where more than 500 people, most of them children, died in 2019.

The UN committee urged governments to recognize documents issued by unofficial entities, such as ISIS, and witness statements to allow children to obtain official documents.

A UNHCR human rights officer, Marie-Dominique Barran, told the European Parliament in November that between 700 and 750 children with ties to Europe are currently being held in camps in northeastern Syria, 300 of whom are said to be French.

Some countries have started receiving children, with or without their parents, for humanitarian reasons.

But UN investigators have criticized the practice of withdrawing nationalities of fighters suspected of belonging to the Islamic International Organization affiliated with countries including Britain, Denmark and France.

Their report indicated that this practice “negatively affected children, including their ability to enjoy basic human rights.”

“States have specific obligations to protect children, including cases of statelessness,” Commissioner Hani Megally said. “Failure of states to adhere to these basic principles clearly means that they are not complying with their obligations.”

The report also criticized the plans of some countries to return children without their mothers, noting that this might “contradict the principle of the interests of the child.”

The United Nations Commission of Inquiry on Syria was established to consider human rights violations shortly after the outbreak of the Syrian conflict in 2011.

Which Country Should You Opt For Being A Happy Professional?