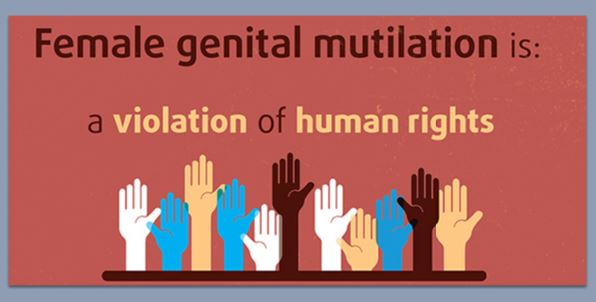 “My flesh has been taken away, but I can never give away my heart”; those are the powerful words of resolve from Abida Dawud, one of three women survivors of female genital mutilation, or FGM, from Ethiopia, reported by UN Population Fund (UNFPA) whose volunteers on the filed listened their experiences.

The organization published their stories to raise awareness about the problem of Female genital mutilation (FGM).

The term FGM comprises all procedures that involve altering or injuring the female genitalia for non-medical reasons and is recognized internationally as a violation of the human rights, the health and the integrity of girls and women.

Globally, it’s estimated that some 200 million girls and women alive today have undergone some form of FGM. Girls who undergo female genital mutilation face short-term complications such as severe pain, shock, excessive bleeding, infections, and difficulty in passing urine, as well as long-term consequences for their sexual and reproductive health and mental health.

“To promote the elimination of female genital mutilation, coordinated and systematic efforts are needed, and they must engage whole communities and focus on human rights, gender equality, sexual education and attention to the needs of women and girls who suffer from its consequences”. UN says.

In 2012, the UN General Assembly designated February 6th as the International Day of Zero Tolerance for Female Genital Mutilation, with the aim to amplify and direct the efforts on the elimination of this practice.Find more news Human Rights Latest News

Turkey tops the list of countries in human rights violations.