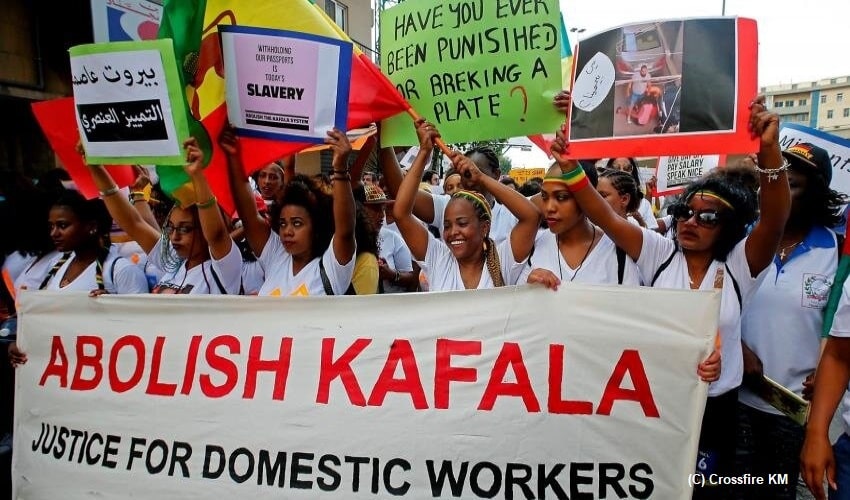 The kafala system has been implemented on migrant workers in the Gulf nations for quite a long time. It has been condemned internationally and locally and called a type of modern slavery.

As per reports, the Saudi regime is looking forward to abolishing the controversial Kafala labor system in 2021. Under the system, nearly 10 million migrant laborers’ legal status lies in the hands of their managers. Employers exploit the rights of the workers by forcing them to work extra hours, paying them low wages, and providing less leave.

On Tuesday, Maaal reported via anonymous sources that Riyadh would declare the abolition of the Kafala system one week from now. The Human Rights Watch (HRW) has many times criticized the system as exploitative and a form of modern slavery.

The kafala system has been implemented on migrant workers in the Gulf nations for quite a long time. It has been condemned internationally and locally and called a type of modern slavery. Many financial experts debate that it is an imbalanced labor market, where private businesses employ less expensive laborers since Saudi joblessness is increasing.

Foreign workers are bind to their sponsor for permission on changing jobs, opening a bank account, or ask to leave the nation. Many neighboring nations have found a way to reform the kafala labor system without fully ceasing it.

If Saudi Arabia abolishes the kafala system, it would have to end five key components that render companies power over migrant laborers’ lives.

What it will take to #abolishkafala sponsorship system in #Saudi? Don’t take their word for it w/out 1st understanding how kafala works & facilitates human trafficking. Millions of migrant workers deserve to have their rights guaranteed @hrw @Rothna_Begum https://t.co/YpFhp8LUt4

The system provides power to the employers to make sure about and restore migrant workers’ residency and work permits and cancel them whenever needed.

The laborer has to obtain a permission letter from their employer if they want to leave or change their job. If an employer reports that their laborer is missing, which means the worker consequently gets undocumented and can be detained, arrested, or deported. Requiring a manager’s permission needs to end if a worker wish to leave the nation.

According to the HRW report, workers have no right to file a complaint or escape the exploitation, when their manager unduly control their entry and exit permit or hold their passports to restrict them from leaving the nation.

Many employers exploit this power by forcing them to work extra hours and deny them compensation. Specifically, migrant domestic workers are subjected to sexual and physical abuse by their employers.

The Kafala system has prompted a huge number of undocumented laborers, as managers can force them into modern slavery.

If Saudi Arabia is to end Kafala, it will require addressing all these components and guarantee that all migrant laborers’ rights are according to the International Labor Organization (ILO) standards. Most importantly, should no more be dependent on the mercy of any company or employer.