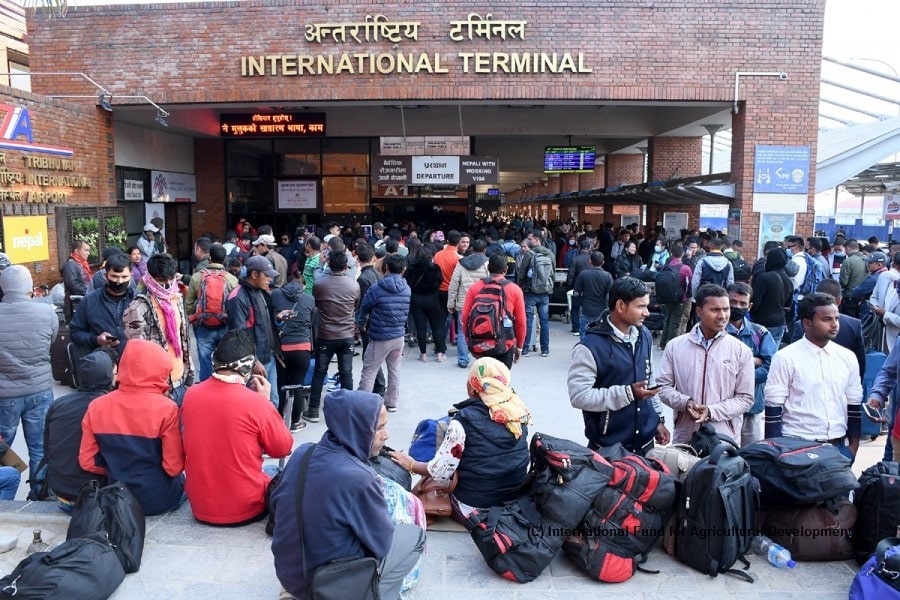 Very few migrant workers have thus applied for refund after paying for their flights tickets.

Just a handful of migrant workers have applied for reimbursement from government of the repatriation costs they had paid out of their pockets under Nepal government’s evacuation plan. It has been months since the Government of Nepal had repatriated its stranded workers in destinations hit by Covid-19 pandemic. Very few migrant workers have thus applied for refund after paying for their flights tickets.

Department of Foreign Employment, who is overseeing the issue, has relayed that around 30 migrant workers have applied for refund from the department. Spokesperson of the department, Tikamani Neupane said, “We have only received 30 applications from workers who have demanded reimbursement of the amount they spent while returning home.”

The government directive made it possible for returnee workers to claim refund for flight tickets. https://t.co/kdh8FeidGK — by @CK_Mandal

He added, “We have collected all the documents and sent them for verification with the Nepali missions abroad before their amount could be reimbursed.”

When the repatriation process started amid pandemic crisis across countries, Supreme Court had ordered the Nepal’s government to rescue stranded workers from labour destinations, free of charge. However, the guidelines issued by government regarding repatriation offered a provision for refund later. Under the provision, the worker qualifying for any financial support, validated through documentations, and returning to Nepal on his own expense would be eligible for reimbursement. The worker can apply for refund to department, which would then contact diplomatic mission for verification of worker not having received financial aid from the host government, or employer for returning to Nepal. Post investigation by the concerned mission, the cleared workers’ details would be sent to Foreign Employment Board, which then deposits amount to bank account of the worker.

The process, though cumbersome, was lauded with provision of reimbursement. Citing a large number of migrant workers returning who had to buy their own tickets, it was expected to receive a large number of refund claims. But it has been quite the opposite.

But the number has remained pretty low so far. Workers must be aware of this facility, but they have nit turned up for compensation, which could be due to multiple reasons.

Spokesperson of the Department of Foreign Employment, Tikamani Neupane

Neupane believes that low number of claims might be due to the requirement of documents submission and travelling to Kathmandu. The documents cannot be submitted at various districts and must be done at capital city, which might not be feasible for all workers.

Workers who seek reimbursement must apply only at Buddhanagar based Department of Foreign Employment.