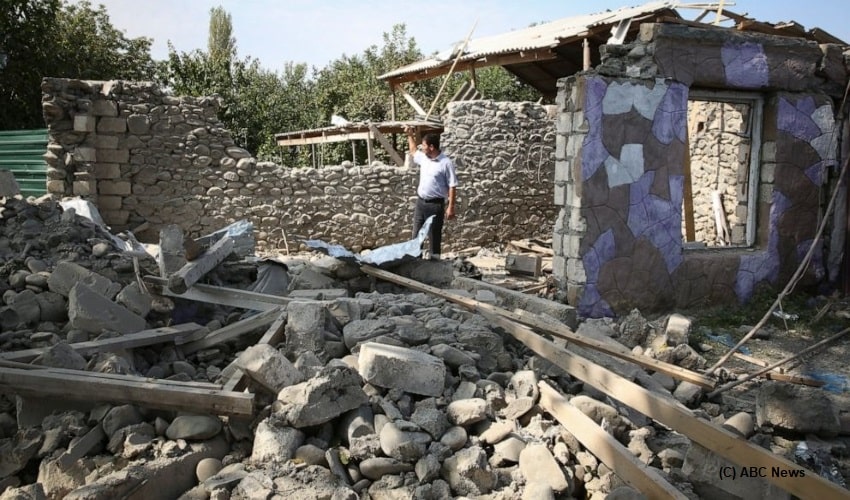 The Armenian and Azerbaijan conflict has taken precarious proportions, leading to human rights violation worries to mount. Speaking on the UN Council meeting, United Nations High Commissioner, Michelle Bachelet has expressed an urgent need to stop the ‘continuing indiscriminate attacks in populated areas in and around the border region, in contravention of international humanitarian law’. Since September 2020, when the conflict between the countries has grown, there has been rampant loss of human life and public property disrupting the normal living conditions of civilians.

Attacks carried out with any distinction of proportionality can be seen as war crime, according Bachelet. The conflict arises from the Nagorno-Karabakh conflict zone that has been a point of contention for more than three decades.

UN Human Rights Chief @mbachelet is alarmed at continuing indiscriminate attacks in populated areas in and around the #NagornoKarabakh conflict zone, in contravention of international humanitarian law, and warns they may amount to war crimes.
Read 👉 https://t.co/YTyYM5mv8C pic.twitter.com/LYtkdBczjE

The UN rights chief informed the UN Security Council that an agreement was made by Armenia and Azerbaijan on November 06. Both nations had agreed to refrain from deliberately targeting civilian populations. However, artillery strikes against populated areas were reported over the weekend.

The situation is becoming similar to the one that the world has witnessed in Yemen.  There is confirmed report of cluster munition used by both parties involved in which innocent civilians have been seen losing their lives.

Amid deeply troubling reports that cluster munitions have been used by both parties, I call once again on Armenia and Azerbaijan to stop using them, and to join the more than 100 States that have ratified the Convention on Cluster Munitions which comprehensively bans their use

Videos of execution of Armenian military forces by Azerbaijanis are being circulated in the social media, creating a wave of unrest. Further, the ongoing conflict is already leading to displacement of civilians and amounts to violation of basic human right to safe living in one’s own country. Further, Bachelet has stressed on the need to maintain our guards against the Covid-19 virus and such conditions of war will only exasperate and strain the already compromised medical facilities available to both the sides of the fence.