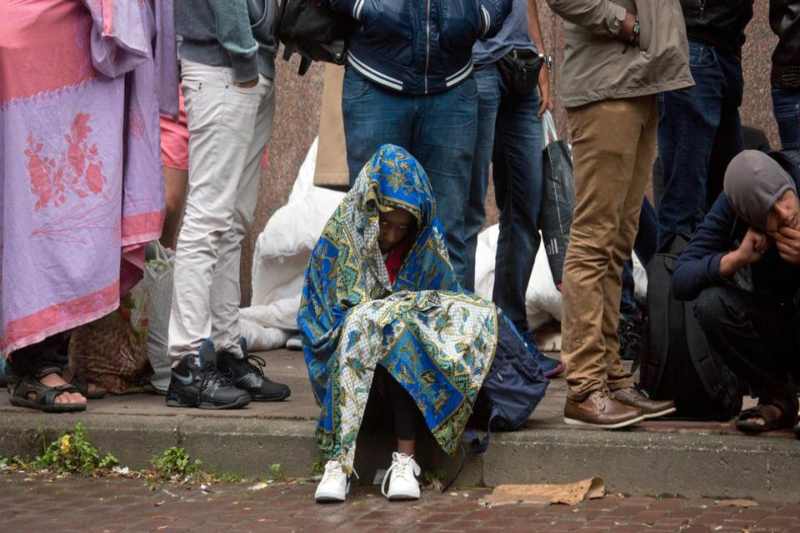 The undocumented migrant workers in Belgian have been occupying Churches as they have no place to go. The migrants have launched a protest movement, demanding the government to grant them legal status, lack of which has kept them from availing so many facilities. On Wednesday, about 150 migrants along with their families and children moved into the Beguinage church in central Brussels. The Catholic Church supports the migrants’ cause.

All the protestors and supporters have been assembling at Place Sainte-Catherine, located near the church, since Sunday, January 31. More and more undocumented migrants have been joining the movement and planning on occupying more churches in the city.

Laurence Vanpaeschen, a member of the Belgian refugee rights NGO, Ciré, said that migrants have grown frustrated with the government’s blatant ignorance towards their issue. She added that the church has been occupied by migrants multiple times in the past 20 years. Vanpaeschen said, “The priest is very supportive of migrants. The last action was a hunger strike of 200 undocumented people in 2009.”

Vanpaeschen explained that migrants have resorted to taking refugee in the Beguinage Church this week to draw the authorities’ attention to the fact that they have no other place to go. Migrants emphasised that they aim to make a stronger statement by sleeping on the Churches’ floor than taking to the streets.

“A lot of them have been living in Belgium for a long time,” she said. “They want access to housing, health and education. And they want to have the right to work under legal conditions and not the situation of exploitation that most of them are in because of their administrative situation.”

One of the undocumented migrants, who is part of the protest, told the Brussels news site BX1: “We want to have the chance to work, for example in sectors where there is a shortage of labor. We are fed up with this life.”

Vanpaeschen slammed the government’s handling of the issue stating that it still remained unaffected and did not offer any provision related to migrants’ regularization. “There has just been total silence,” she said. “And the migrants’ situation is getting worse and worse. Most of these people who had a job on the black market have lost it because of the economic situation. And a lot have lost their houses because they cannot pay the rent anymore. So they have to live with other people in conditions that are very bad.”

Vanpaeschen believed that amid the ongoing global pandemic and various health challenges this was the least the newly elected government could do for the well-being of the migrants. She said, “There are too many people living in one place, and also, if you don’t have papers you have to pay for a COVID test yourself, but they don’t have any money… So they are saying that their health is in danger and they are putting other people’s health at risk too. They are saying to the government that it’s an urgent health matter [and asking the government] to give them papers”.

Boğaziçi university: Statement by the EU on the detentions of students