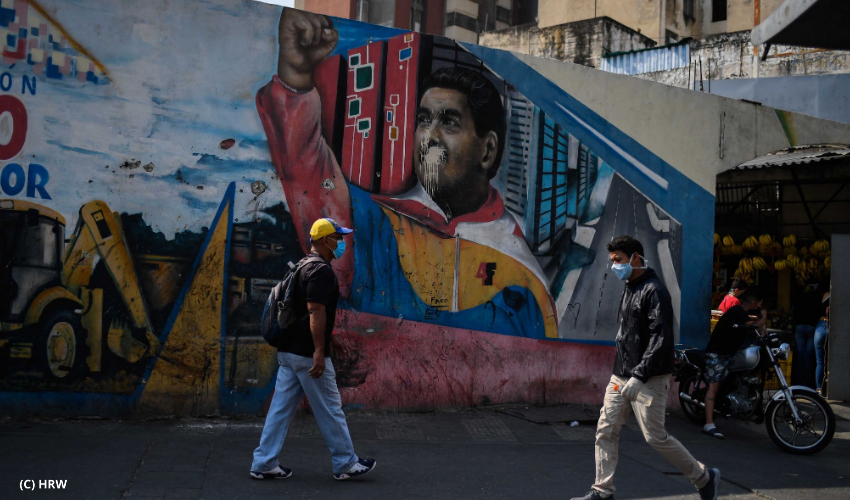 The pandemic has become a boon of sorts of the Venezuelans. After a long sort battle, the Venezuelan government and the opposition have finally reached a consensus to receive humanitarian aid through the Pan American Health Organization (PAHO), an arm of the United Nations. This has been considered an important step in protecting the country against the pandemic induced economic recession.

In May itself, the Human Rights Watch and experts from Johns Hopkins Centers for Public Health and Human Rights and for Humanitarian Health had already documented that Venezuela’s health system was grossly unprepared for the arrival of the Covid-19 pandemic.

After much pressure on all ends, a formal agreement was signed this week between the Venezuela’s Health Minister, Carlos Alvarado and the National Assembly’s health advisor, Julio Castro. It has now been accepted that international funding is important to alter the downward spiraling in the economy.

According to José Miguel Vivanco, Americas director at Human Rights Watch, “this development is largely the result of sustained international pressure on the Maduro government, which after showing a reckless disregard for the life and health of its people, finally turned to the outside world for help amid a pandemic, a humanitarian emergency, a crumbling economy, electricity cuts, and gas shortages. The next step is to turn agreement into actions that start saving lives.”

While financial aids will now be directed into the country, the agreement also agrees of some very important aspects which look after the wellbeing of the common people in Venezuela. This includes protection of health workers, detection of Covid-19 cases in real time, providing supervised isolation of symptomatic cases and quarantine for people with whom they were in contact, communicating risks to the public to ensure they adopt preventive measures, etc.

Cases in Venezuela have been on an increasing side due to confusion on the borders and panic due to which people are moving back and forth. Also, overcrowding in low income areas and also in prisons is another reason of the increase in contraction of cases. Over and above all this, low levels of sanitization, awareness about self cleaning and hygiene is adding to the problems for the common people in the country.

Another request which needs to be given attention is the intervention of the World Food Program and its partners which have the ability to demobilize humanitarian aid in real time. The current Maduro government had not allowed this till now.