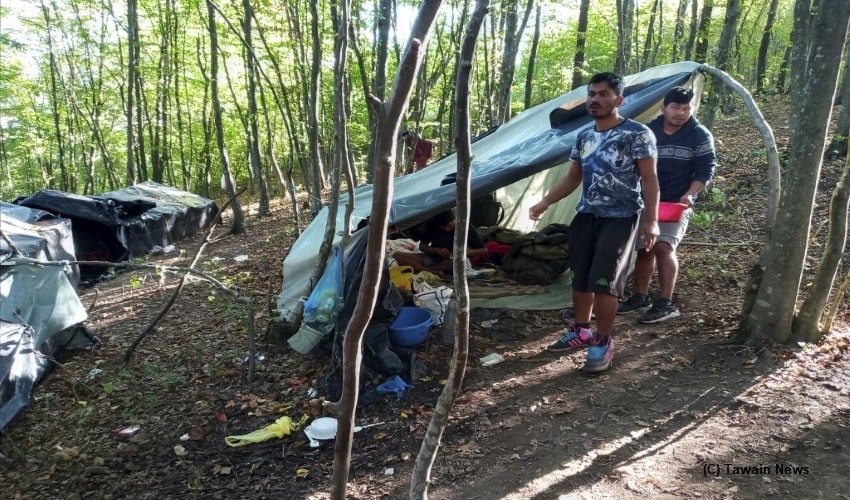 Bosnia has repeatedly failed to address the migrant situation despite of adequate funding being provided by the EU.

A UN migration official on Thursday called on the Bosnian authorities for leaving out the migrants in the country unattended and neglected. With approaching harsh weather conditions in the country, the conditions of migrants who are sleeping out in the rough open is worrying as their number is constantly increasing. The government is persistently refusing to coordinate their work at different levels and opt for rational solutions for migrants.

Peter Van der Auweraert, estern Balkans coordinator and Bosnia representative of the International Organization for Migration has said that instead of helping UN to expand dwelling for migrants few local authorities are restricting access to already available housing.

There are around 8500 migrants stuck in Bosnia currently. Out of these approximately 2500 are forced to sleep in open in forests, squats, streets and sometimes abandoned unsafe buildings. This is mainly in the Krajina region in northwestern Bosnia. This regions shares a hugely porous border with European Union member nation Croatia, extending to 1000 kilometer.

What is the sad part of this is that this is absolutely unnecessary in the sense that we have financial resources, provided mostly by the European Union, to provide for and take care of all those people. I have a center in Krajina for 1500 people. Local authorities only allow me to have 500. I could get 1000 people tomorrow from the street, inside this center, but I am not allowed to do so.

In 2017 Bosnia became the gateway for migrants from Asia, North Africa and Middle East who wanted to reach Europe for better lives. European Union has provided a fund of €60 million as emergency fund. This fund is for seven migrant centres that can house over 7000 migrants. Out of these centres six are located in Krajina. Bosnia has repeatedly failed to address the migrant situation despite of adequate funding being provided by the EU. No identification of suitable public property has been done for using as shelter for thousands of migrants. Recently authorities in Krajina pushed out migrants in existing reception centres in urban areas and left them in forests to fend for themselves. Police from nearby areas have been blocking them to avoid their entry.

Now with winter approaching, the migrants are without any shelter and facing scarcity of food. The days ahead can be really challenging for the migrants in Bosnia unless any concrete arrangements are done for them.

Kenya Takes Reform In Its Own Hands