The United Nations warns many countries about repression practices 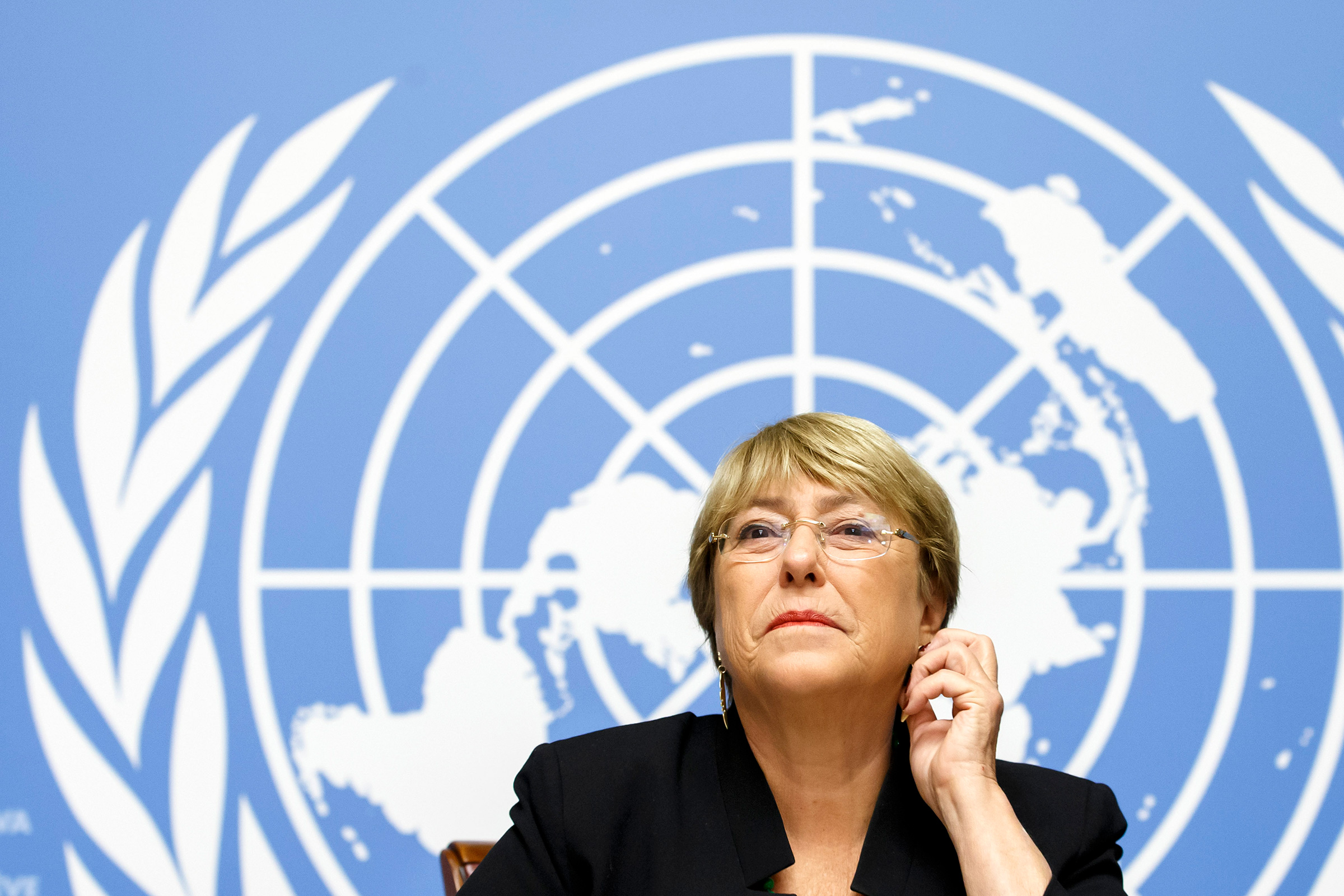 The United Nations High Commissioner for Human Rights, Michelle Bachelet, warned on Monday that some countries would take the exceptional measures prescribed to curb the spread of the Corona virus as a pretext for violating freedoms and rights, suppressing critics, journalists and activists, and silencing the opposition.

“Governments should not use exceptional measures as a weapon to silence, control peoples, or even remain in power,” Bachelet said.

She emphasized that the exceptional measures must be “proportionate, non-discriminatory, and time-bound” and “subject to appropriate parliamentary and judicial oversight.”

Bachelet called on states to respect the rule of law despite the emerging Corona virus, by temporarily limiting exceptional measures in order to avoid a “disaster” on human rights.

“Infringing rights such as freedom of expression could seriously damage efforts to contain the Covid-19 epidemic and its adverse social and economic impacts,” she said in a statement.

The United Nations is especially concerned that the measures and laws applied in some countries refer to “unspecified violations, sometimes accompanied by severe penalties, feeding fears of their use to silence the media and arrest opponents and critics.”

Turkey has carried out a campaign of arrests of dozens of Turks, including journalists, opponents and social media activists, who criticized Turkish President Recep Tayyip Erdogan’s mismanagement of the Corona crisis.

A few days ago, Human Rights Watch revealed that Turkey had sought, using the measures to limit the effects of the Corona Virus outbreak on its territory, to pass a bill imposing restrictions on the largest social media in the country, to complement its practices in tracking and arresting its citizens because of their criticism of the government’s poor crisis-management policies. .

The organization accused the Turkish president of seeking to extend his influence and direct control over the platforms of the largest social media, taking advantage of public opinion preoccupation with the Corona pandemic and his illusion that he was studying laws to increase measures to reduce the spread of the epidemic.

On Friday, April 3rd, Turkish authorities arrested veteran journalist Hakan Ejun, who played down the effectiveness of the donations announced by the Turkish president in the face of the spread of Covid-19.

The editor-in-chief of the Khalq TV news channel joined dozens of journalists who were arrested by the police after denouncing the failure of Turkish policies and procedures to cordon off the epidemic.

“Given the exceptional nature of the crisis, it is clear that countries need additional powers to confront it,” Bachelet said. “But if the state of law is not respected, emergency health conditions may turn into a human rights disaster whose negative consequences will outweigh the epidemic.”

She also indicated that it had received “information” from various regions of the world that the police and security forces used excessive and sometimes lethal force to enforce respect for isolation and curfew measures.

“These violations are often committed against people belonging to the poor and disadvantaged classes in society.”

“It is clear that shooting at someone who violates the curfew in search of food, puts him in prison, and engages in violence against him is unacceptable and unlawful,” she said, without mentioning the name of the country in which this occurred. The former Chilean president, who was also arrested, condemned “the arrest of thousands of people in some countries for violating the curfew,” describing the move as “dangerous and futile” and called on countries to release the detainees.

How Coronavirus lockdown has blurred the definition of a ‘Superwoman’

Canada: Over 200 Ontario workers have filed for work refusal fearing coronavirus, yet no reply from MOL