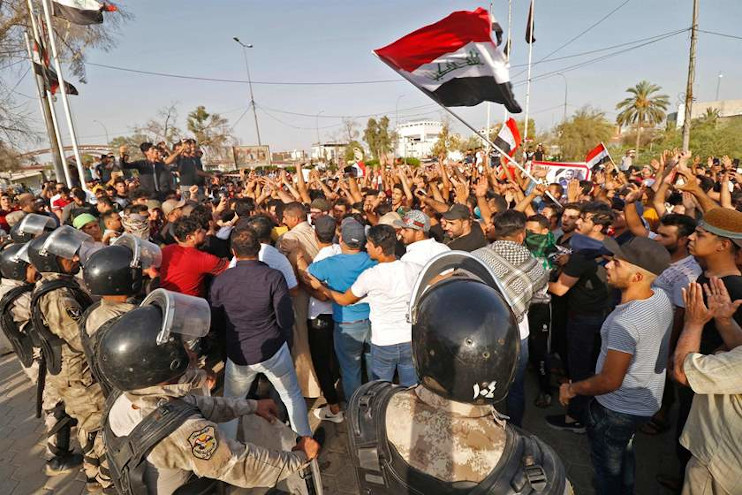 A special report prepared by the Human Rights Office of the United Nations Assistance Mission for Iraq (UNAMI) identified human rights violations, in relation to demonstrations in Iraq, from 1 to 9 October 2019.
UNAMI’s interim findings indicate that serious human rights violations and abuses were committed during the recent protests.
The report contained a set of recommendations, and urged the Iraqi authorities to take concrete steps to ensure accountability, prevent human rights violations and enable peaceful demonstrations in the future.
“Iraq has come a long way, and it is imperative that its many achievements are not undermined,” the Special Representative of the Secretary-General of the United Nations in Iraq, Jenin Hennes-Blackshart, said in a statement. The climate of intimidation and fear is not appropriate for the potential of Iraq as an open and democratic society. The UNAMI report highlights shortcomings and measures to prevent them in the future. ”
Blackshart took note of the report of the State Commission of Inquiry, and said: “This is an important step towards accountability, and I urge that further steps be taken to prosecute those responsible for breaches and to impose a sentence against them. This is crucial, as investigations that provide accountability to perpetrators and compensate victims are also a critical tool for prevention and protection. ”
The initial results of UNAMI include credible reports of violations of the right to life, including the deliberate killings of unarmed protesters and the excessive use of force by units deployed to deal with the demonstrations. The report also highlights concerns about the widespread use of repressive measures to limit publicly available information about demonstrations, as well as allegations of arbitrary arrests, threats and harassment. Moreover, the report calls on all demonstrators to exercise their right to assemble in a peaceful and non-violent manner and with respect for the law.
“The loss of life and serious injuries and damage caused by violence during the demonstrations were tragic, and they could have been prevented,” said both of the UNAMI director of human rights office, Daniel Bell. The priority should be to take concrete steps to enable peaceful assemblies and protect those involved in them. ”