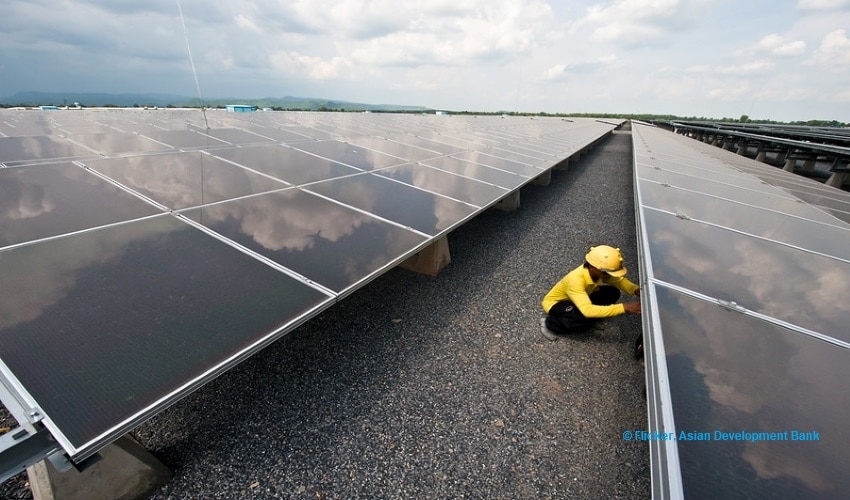 It is being made increasingly clear that strong labour protections are necessary for a just energy transition that is far-reaching and effective to ensure we make the best use of the time we have.

Environmentalists and unionists are coming together to realise that fighting climate change and upholding labour rights are deeply intertwined.

When a solar company in New York laid off its construction workers who were trying to unionise, it was the strong climate movement that came to their rescue. After making national news, the entire staff were rehired. It is, after all, a state where union-led coalitions have achieved some truly progressive and ambitious climate policies.

"Inspired by @AOC’s Green New Deal, workers at Bright Power voted to form the first union at a solar power company in New York. On Monday, the company fired them."

It is being made increasingly clear that strong labour protections are necessary for a just energy transition that is far-reaching and effective to ensure we make the best use of the time we have. We can’t protect the planet without also protecting workers and this is especially true of the post-COVID era. It is also conversely true that stable and dignified labour is not possible in a world that is rife is climate-change-related upheavals.

A plan is necessary to ensure that jobs in renewable energy and energy efficiency are ones that adhere to labour standards, safety and health protections, community benefit agreements, local hire, improved training and working conditions, etc. This unified vision for green jobs would make it easier to direct policymaking for the green transition.

The upcoming transition to a low-carbon economy will have a big effect on workers. A healthy environment and ethical jobs need not be mutually exclusive. Workers should not be asked to choose between jobs and the environment. Even conservative voters today can’t deny the effects of climate change but don’t want the solutions to cost them their jobs as their day-to-day economic conditions are their primary concern. Which is why unions and employers can find common ground in finding solutions for environmental issues at work, by identifying future adaption and mitigation technologies and instilling sustainable behaviour.

Over recent decades, the government has relinquished its role in providing opportunity and public goods. The challenge of fighting climate change shouldn’t be allowed to exacerbate this as, goods jobs, fair trade, gender and racial quality, might all be hit if not careful. Both governments and employers are beholden to train their workers for the new green economy – redeploy and upskill them as necessary. The government should also see itself as not only a provider of capital infrastructure but also social support through community and child care centres, schools etc that will create an environment where people can care for and support each other through the climate crisis.