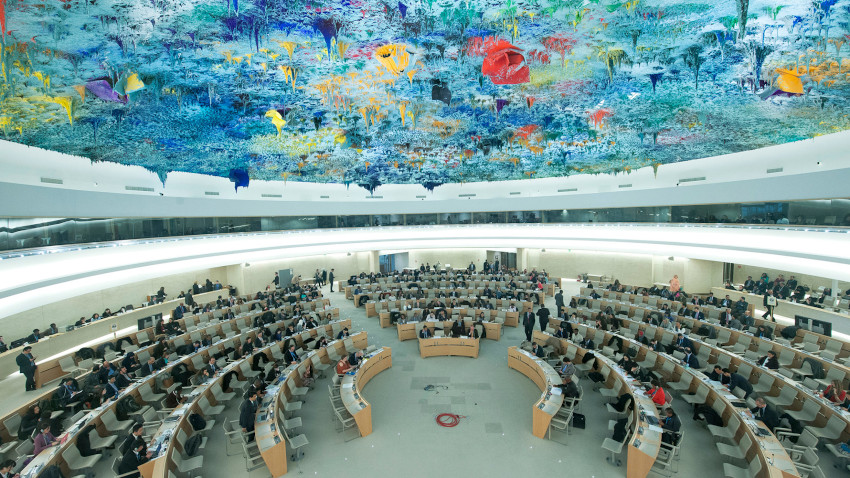 The State Minister at the Sudanese Ministry of Foreign Affairs Omar Qamar Al-Din affirmed his country’s determination to fully cooperate with international human rights mechanisms, which reflects Sudan’s directions in the coming stage, and his advocacy of justice that achieve the main goals which the International Human Rights Council was established for.

The Sudanese Ministry of Foreign Affairs said, in a statement, that Qamar El-Din participated in the opening session of the (43th) session of the Human Rights Council in the high-level segment, in Geneva, in the presence of United Nations Secretary-General Antonio Guterres, a number of international officials, heads of state and government and foreign ministers , And high-level human rights figures.

In a speech, the state Minister at the Sudanese Ministry of Foreign Affairs referred to the noble meanings and values ​​agreed upon by the international community, expressing the sentiments of the Sudanese Government to all friendly and brotherly countries that supported Sudan’s candidacy for membership in the Council, and its continued support for Sudan’s efforts to reintegrate into the international community After the December revolution.

He stressed the necessity of joint action and encouraging all countries to implement the decisions issued by the Council, pointing out that Sudan, after the revolution, paid special attention to upholding the values ​​of freedoms, democracy and the rule of law.

He made clear that the peace issue is a top priority for the transitional government, expressing his hope that the efforts to achieve peace agreements in Sudan will succeed.

He pointed out that Sudan has spared no effort in strengthening its relations with the various mechanisms of the Human Rights Council, headed by the High Commissioners’ Office of Human Rights, noting that the government signed last September an agreement to open a country office for the Human Rights Office in Sudan.

He explained that the government invited the independent expert on the situation of human rights in Sudan, and the Special Rapporteur on freedom of religion and belief, to visit Sudan during the coming period to find out the human rights situation and the extent of the improvement of religious freedom conditions in the country.

He affirmed the government’s endeavor to reform legal frameworks, justice and security institutions, as well as considering joining human rights agreements, and paying attention to strengthening the role of women in the society, explaining that the government has abolished laws restricting freedoms and formed specialized committees to consider violations that took place in the country over the past years through faith and entrenchment For the principle of non-impunity.