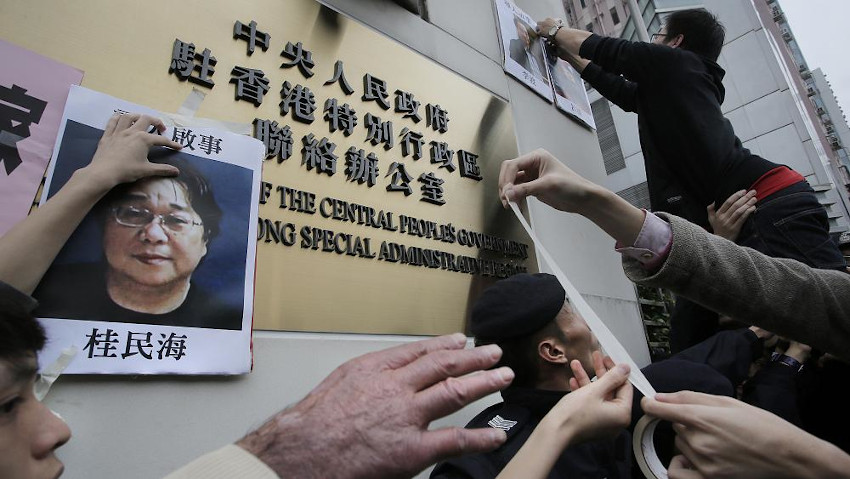 Swedish bookseller Gui Minhai who was detained suspiciously by China, has now been sentenced to 10 years of imprisonment for “providing intelligence” overseas.  He is said to have pleaded guilty and therefore will not be offered any chance to appeal for this case.

China continues to violate human rights, and this time it has chosen the issue of coronavirus to veil its act.

China has been known like Iran to continue to ignore the right to judicial redressal. Beijing is known to announce such controversial verdicts for dissidents and other sensitive figures when western audiences may be distracted, such as over Christmas.

Further, a court in Ningbo, an eastern port city, has further confirmed that he would be stripped of any political rights for a term of five years in addition to his prison term.

The Swedish Chinese born publisher has been getting support from Sweden where the Swedish foreign minister, Ann Linde has declared on local television that Sweden has always sought his release and would not want him to remain imprisoned.

Gui Minhai is known to have been vocal about his criticism about the Chinese political elite. This never went well with the Chinese authorities. His imprisonment comes after his long disappearance in 2015, post which he only surfaced one year later to admit on public television of his admission to guilt.

Gui ran a Hong Kong publishing house that acquired the independent bookstore Causeway Books, popular for gossipy titles about China’s political elite. He was one of five people associated with the store who disappeared in 2015.

Speaking over violation of human rights, Yaqiu Wang, China researcher for Human Rights Watch has been apt to mention that “We all know despite the government’s changes in charges, the real reason for Gui’s ordeal is that he has published books critical of the Chinese leadership.”

On two separate occasions, he has been confiscated and detained by Chinese authorities, reappearing to say that he was guilty of a crime. His relatives and friends have always believed that he was forced or coerced to respond in such a manner. In 2017, on his way to a medical examination, while escorted by two Swedish diplomats, he was detained by plainclothes men. When released, the Chinese authorities blamed Sweden for sensationalizing his story and helping Gui to flee from China without due permissions.