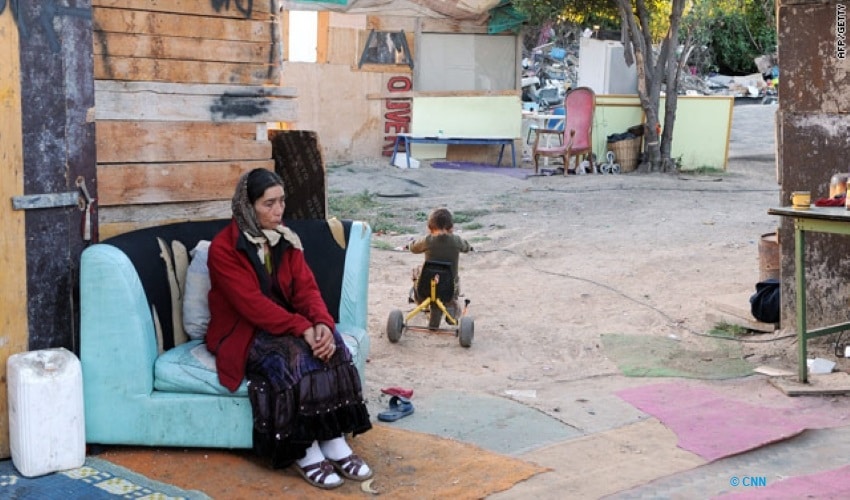 Europe’s Roma population has been “left behind” due to the coronavirus pandemic, according to human rights observers.

Europe’s Roma population has been “left behind” due to the coronavirus pandemic, according to human rights observers.

A catchall term, the Roma are the largest ethnic minority in Europe who have been subjected to discrimination and even persecution for centuries. Over the past few months, the measures put in place to counter the coronavirus pandemic has worsened their situation and pushing them further into social exclusion. There has been a demand for specific targets and measures tailored to the Roma – especially the women, youth, LGBTI people, migratory citizens and stateless people – in the European Union’s next seven-year budget.

There are 10-12 million Roma people living in Europe, with more than half of those within the European Union. Descendants of people who left the Indian subcontinent 1,500 years ago, the Roma, or Gypsies as they are sometimes known, migrated to Europe in large number from Asia Minor, concurrently with the expansion of the Ottoman Empire. Since medieval times, they have faced enslavement and pogroms, which carried on well into the 19th Century. Hundreds of thousands of them were believed to have been killed by the Nazis in the Holocaust.

The European Commission’s Roma Integration Report threw sharp focus on the problem faced by Roma even before the pandemic. Over 78% of them lived in overcrowded households, 50% had no indoor flush or shower, 68% of the children left education system early and 57% of Roma have no paid employment. Their access to water, basic services and healthcare, which has always been poor, is being exacerbated by the pandemic.

During the lockdown, Roma settlements in several parts of Europe had been sealed off, in ways that go beyond warding off medical risk but rather as a reflection of bigotry. Despite low rates of infections about the Roma population, containment measures here have been most severe. In one instance, disinfectant was showered down from a plan over a Roma colony in Bulgaria.

Police violence against them has also been on the rise, even on children and young adults. Some groups of Roma had been made homeless after the police confiscated their caravans on the charge of violating coronavirus restrictions. With schools shut, Roma children who have no access to computers or high-speed internet, have been unable to participate in remote learning, falling further behind in education.