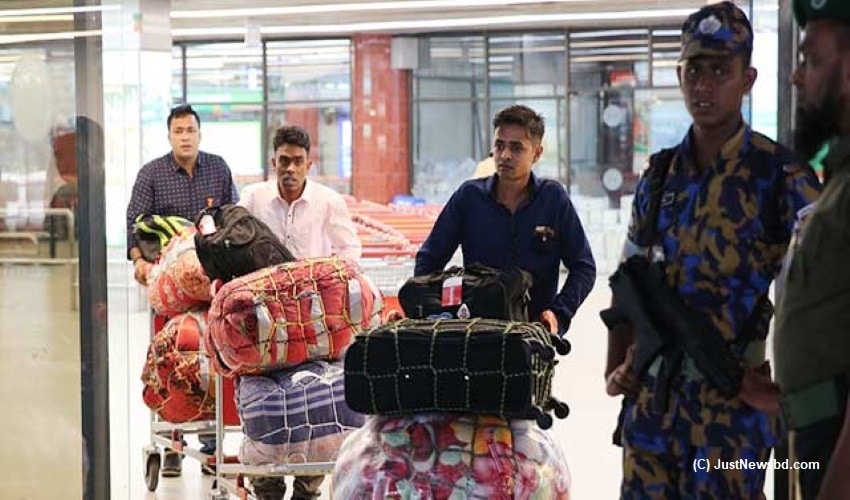 Saudi Arabian embassy in Dhaka has announced that it will renew the visas of thousands of Bangladeshi workers who got stranded in their home country in the aftermath of Coronavirus-induced lockdown. At the same time, the embassy has also stated that it will reissue visas to those who secured the visas before the lockdown in March but are yet to travel.

Addressing the media on Wednesday, Bangladeshi Foreign Minister AK Abdul Momen said that there are about 25,000 Bangladeshi workers in the country whose visas will be renewed as part of the initiative. He further added that the Saudi Arabian embassy in Bangladesh has only seven employees, calling for people to be patients as the process will take time to include everyone. As per reports, the process to renew visas will begin from Sunday.

This development came after the Bangladeshi Foreign Minister held a meeting with top diplomats and representatives from Malaysia and five Gulf countries including Saudi Arabia, Qatar, Oman, the United Arab Emirates, Iraq over the protests led by Saudi-based migrants outside the Dhaka office of Saudia Airlines for extension of visa validity and air tickets.

The Foreign Minister also confirmed that approximately 5,000 to 6,000 migrant workers from Bangladesh have already returned to Middle Eastern countries for work. In addition, Abdul Momen also announced that 20 flights will operate in a week to the Middle-Eastern countries to eliminate the crisis of stranded migrants.

“Saudia and Biman Bangladesh Airlines will operate 20 flights starting from Thursday. Many people will be able to return to their country of employment now,” he said as quoted by media reports.

After a request by Dhaka, Saudi Arabia announced an extension in the deadline for visa renewal until October 14. Speaking on the issue on Saturday, Dr. Mohammad Javed Patwary, Bangladesh’s Ambassador to Saudi Arabia, said: “Not all the stranded migrants require a visa extension. Those who came earlier at the outset of the pandemic and between December 2019 to March 2020 will require it.”

Why Korea Should Absorb Stranded Migrants Workers Into Needing Sectors