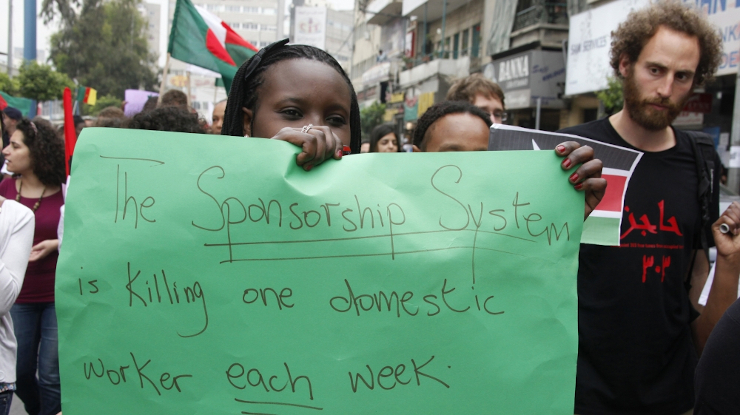 The Secretary General of the United Nations, Antonio Guterres, has urged governments to include the protection of women in their response to the deadly novel coronavirus pandemic. Reports of domestic violence have surged globally in the wake of massive lockdowns imposed to contain the spread of the disease. “Violence is not confined to the battlefield,” said in a video released in multiple languages, days after his call for a worldwide ceasefire in the wake of the outbreak. But the problem of domestic violence is not related only to women.  Human Rights Watch released yesterday a new report stressing that for millions of Asian and African migrant domestic workers, the Governments restrictions on movements of citizens to counter the threat of COVID-19 also increase the risk of serious abuse in the Middle East.

According to Rothna Begun, Senior Researcher, Women’s Rights Division, domestic workers will most likely face additional cooking, cleaning, and caring demands with entire families at home all day and children out of school. Restrictions on leaving the house also mean that employers may force them to work on their legally mandated day off. They may also prohibit workers from leaving the house even if government rules allow it. While some migrant domestic workers have decent working conditions, many face abusive conditions largely because of abusive immigration policies and weak or non-existent labour law protections.

Indian domestic workers denounced that employers forced them to work up to 21 hours a day without rest and no day off, gave them little food, underpaid, delayed or withheld their wages, restricted communication with their families, confiscated their passports, and physically or sexually abused them. The restrictions imposed in response to the COVID-19 pandemic are likely to exacerbate such conditions. Employers may demand more cleaning and disinfecting of their homes. HRW affirms also that domestic workers are often not provided with protective equipment or adequate instructions and have suffered burns or injuries from harsh cleaning products. They may also be required to take care of anyone who may fall ill, including someone with COVID-19.

Human Rights activits call on governments in the Middle East to intervene to protect any worker reporting abuse, ensure safe accommodation for workers in distress that is compliant with health and safety to protect them from the pandemic, and facilitate filing complaints against employers and safe repatriation should they wish to go home. Migrant domestic workers take care of families in the Middle East, these families and governments should take care of them too.