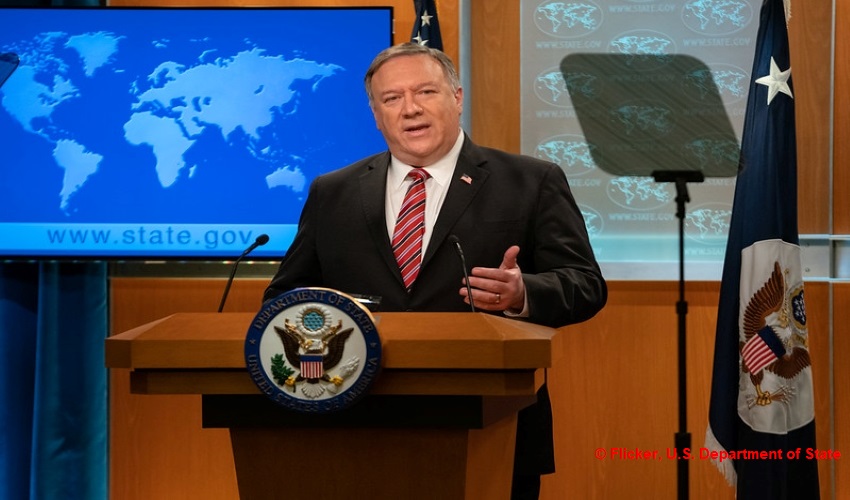 Mike Pompeo, US Secretary of State has said that US needs to rethink over Human Rights efforts made by the country across the world.

Mike Pompeo, US Secretary of State has said that US needs to rethink over Human Rights efforts made by the country across the world. He further said that the ultimate and foremost human rights are the private property and religious freedom which he claimed are “unalienable rights” which were laid down by America’s Founding Fathers.

A draft report by Commission on Unalienable Rights, that Pompeo had established a year ago, was launched by the Secretary of State in which he claimed that that human rights being proliferated and asserted by the US leads to dilution of the “actually important” human rights in his opinion.

Many are worth defending in light of our founding; others aren’t

Mike Pompeo, US Secretary of State said at the launching ceremony in Philadelphia

Though he didn’t specify which human rights he was referring to but state department throughout his tenure has been aggressively opposing reproductive and gender rights in United Nations and other documents.

The report, which has been compiled by academics and activists said the application of human rights efforts to issues pertaining to “abortion, affirmative action, and capital punishment, to name a few” are not aggregable to the commission.

Human rights activists around the world have criticized the representation by state department for their attempt to achieve a hierarchy of human rights issues. The criticism also was asserted to department’s claims that one human right is more important than others, and that human rights issuance is something which is distinctively American.

This has once again highlighted the human rights violations related to Trump’s administration. Government’s immigration policy, deportation of asylum seekers and migrants which included minor children, response to violence and racial discrimination against Black Americans, and President Trump’s frequent acts of intimidating press and journalists – all have been out and about criticized by human rights advocates and activists around the world.

Tarah Demant, Director of the Gender, Sexuality and Identity Programme at Amnesty International USA questions the move by State Department saying that US cannot unilaterally decide and redefine the human rights for their importance level.

The US state department’s effort to cherry-pick rights in order to deny some their human rights is a dangerous political stunt that could spark a race to the bottom by human rights abusing governments around the world.

Human Rights groups are specially critical of the state department’s attempt to prioritize certain human rights above others as they give reference of American Founding Fathers – who clearly gave stress on right to property and owning human beings through slavery and legal interpretations regarding marriage dating back to 18th century. This can bring years of struggle to get human rights to all hit a rock bottom, going in a reverse gear.

COVID-19 calls for shift in operational and leadership approach