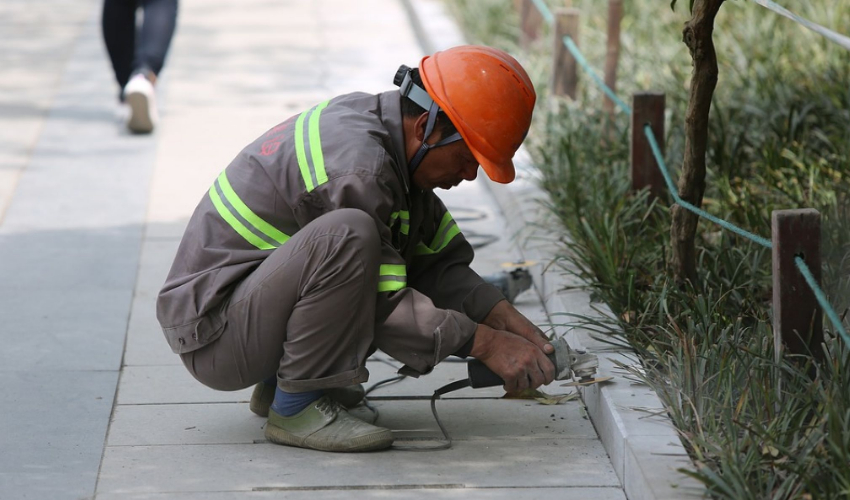 Pakistan has taken cognizance of the human rights abuse of Pakistani migrant workers who were employed in Qatar to build the FIFA World Cup stadiums and called on the administration of the Gulf state to address the payment issues. As per media reports, the Pakistan Embassy in Doha raised the issue of non-payment of salaries to hundreds of Pakistani workers with Qatar’s Ministry of Labor.

Speaking to Arab News, Kashif Ahmed Noor, director-general of Pakistan’s Bureau of Emigration and Overseas Employment, stated that more than 80,000 Pakistanis were sent to Qatar in 2015 after its government had promised 100,000 jobs related to World Cup projects. While he said that the Pakistani government does not have further details about the deployment of workers in the projects, he asserted that there are around 150,000 Pakistanis working in Qatar as of now. Hundreds of them have reported a delay in payment of their salaries, despite several complaints being raised to the authorities.

According to a report, Pakistani laborer Qadir Bakshi has been working on the World Cup infrastructure project for the past three years was not paid salary for three-month. However, when he raised the matter with his company, his contract was terminated.

Pakistani’s Foreign Ministry spokeswoman Aisha Farooqui said that the labor minister has also assured of his support in the resolution of such cases. Furthermore, Amnesty International has also raised concerns about the struggles of the migrant workers who were employed in the construction of the soccer stadiums in securing their wages for months.

At the same time, the Nepalese government has also stated that hundreds of their citizens have died in the past six years while working on the World Cup infrastructure. It has also been alleged that dozens of migrant workers from several countries have been facing exploitation in Qatar while working on the building projects.

Reportedly, Qatari authorities have been accused of delaying payments to a few companies which have been working on the World Cup stadiums. Pakistan-based multinational company Descon is among one of them which had provided large numbers of foreign labourers to Doha. Several migrant workers have allegedly died in Qatar since the beginning of the World Cup stadium construction project.