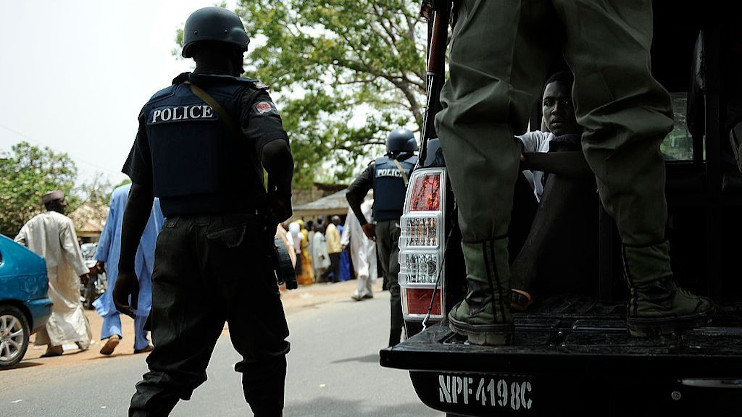 Security forces in Nigeria killed 18 people on Thursday, during the imposed confinement, while the victims of Corona Virus did not exceed 12 people. The National Human Rights Organization of Nigeria noted that severe restrictions in the implementation of the confinement due to controlling the outbreak of the new Corona virus led to the deaths of at least 18 people. Nigerian security forces violate judicial rules to kill these people without resorting to legal procedures.
The organization said that elements of the police forces were responsible for killing 18 people between the end of March and April 13th, the killings have been committed in the northern state of Kaduna.

Health experts say that the African continent is a potential breeding ground for the virus due to poor hygiene, poverty, and overcrowding in cities and weak health systems. The World Health Organization called on Africa to “wake up” to face the threat, noting that the continent is supposed to prepare for “the worst.”
“The best advice that can be given to Africa is to prepare for the worst and prepare for it from now,” said the organization’s director general, Tedros Adhanom Gebriusos, at an online press conference.

The news comes contradict the background of the Nigerian police announcement, on Wednesday, that unidentified gunmen killed nine civilians in a village in the center of the country, in an attack that is likely in the context of the ongoing conflict in the region between nomadic cattle herders and Fulani local farmers.

The attack comes in the midst of growing tensions in the region due to disputes over pastures and livestock between nomadic pastoralists from the Fulani ethnicity and local farmers from the Irrigue ethnicity. For several years now, the region has witnessed deadly clashes between nomadic herders and urban farmers, due to the parties’ conflicts over land, pastures and water rights.
In the state the world is today, African governments are obliged to do whatever it takes to ensure their citizens’ safety, especially knowing that most of the countries in Africa can’t face this epidemic with their low budgets, the deteriorated hospitals and heath facilities, the extreme, in some regions, lack of hygiene, poverty and so on, instead of violating the human rights every chance they have, they need to work hand in hand with their people, and prevent themselves from a disastrous future.

How Basket Ball Brings Hope To America In Lockdown Time