How Basket Ball Brings Hope To America In Lockdown Time 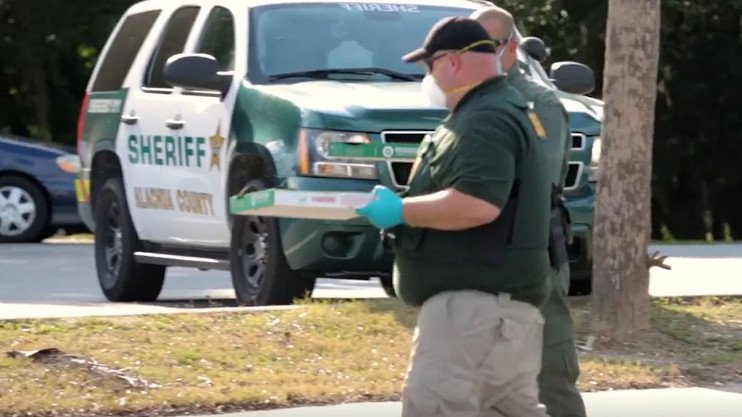 We cannot hit the hoops at the lockdown time literally, but the spirit behind the game of basket ball, still continues to bind Americans together.

The Basketball Cop Foundation recently teamed up with the Alachua County Sheriff’s Office to hand out pizzas to an overlooked group of essential workers: truck drivers. Hit under the lockdowns and working at the expense of personal safety, essential workers have been feeling scared for their well-being.

The duo has said they intend to hand out food in some form to the drivers, one day in the week, as long as funds are available until the county’s restrictions are lifted. They successfully handed out around 100 pizzas on April 11.

The foundation came into being in 2016. An incident where police cops in Gainesville, Florida were trying to dissuade a group of black boys from playing basketball in the middle of the neighbourhood became the inspiration behind the foundation. But it turned out to be a brilliant match where the police men joined the boys and then they were greeted the week after by Shaquille O’ Neil, a basketball legend who taught them a lot more about discipline, sense of leadership, hard work and desire to lead and not be led.

O’ Neil also decided thereafter to start a foundation that now funds putting down basketball courts for needy children who wish to play the sport.  Thereafter, the police officer Bobby White came to be known as the famous Basketball Cop for transforming noise into humanitarian projects of hope. The foundation, known as The Basketball Cop Foundation since 2016, has raised lots of money through crowd funding that funds such sporty initiatives. The foundation runs on the premise that the game of basketball like any other sport, can be a nation building power, that brings together youth and hope for the future.