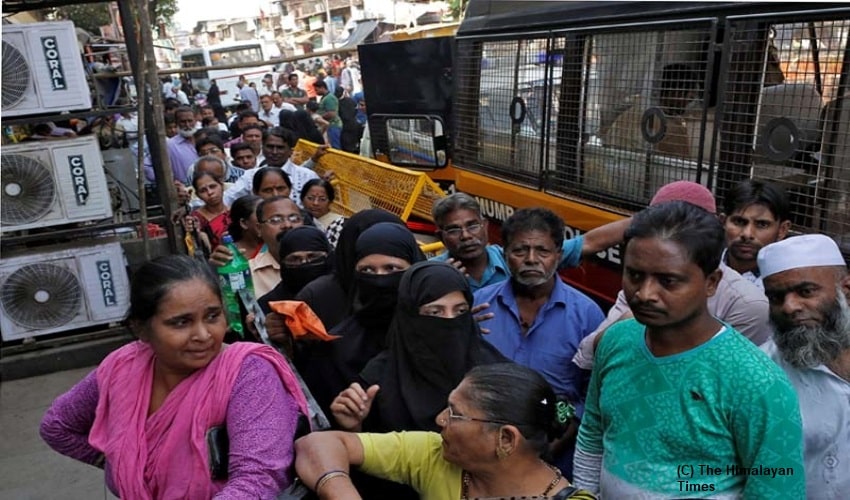 Thousands of Nepali workers migrate to countries across the every year in search for better livelihood opportunities.

Thousands of Nepali workers migrate to countries across the every year in search for better livelihood opportunities. However, India remains the main destination for majority of Nepali workers for skilled and unskilled employment opportunities. Most of these Nepali migrants have settled in four key states of India including Uttar Pradesh, Bihar, Assam and West Bengal.

A recent report by The Kathmandu Post has stated Nepal’s government has been excluding Nepali workers migrating to India for employment from its plans and policies. Labour migration experts have asserted that lakhs of India-bound Nepali workers are subjected to discrimination, noting that the government has not formulated any policies to protect their rights and address their concerns.

Speaking to the newspaper, Indian labour migration expert Prakash Chandra Madai revealed that there are several policies and legislation governing Nepali labour migration to countries like Malaysia and in the Gulf region. However, Nepali migrants in India are being neglected in the process.

Nepalis have been migrating to India since the early 19th century. Still, it remains so neglected that there is not even accurate data on Nepali migrant workers in India

A majority of Nepali workers in India are employed in the informal sectors, doing meagre jobs such as factory workers, security guards, hotel cooks, construction workers, and house help. Due to lack of protective measures in Nepal as well as in India, these workers are highly vulnerable to exploitations, racism and other struggles.

Labour migration experts have also highlighted that many of these workers face difficulties in sending back money to their homes in the absence of appropriate identity cards and documentations necessary to remit money.

Nepal’s remittance from India is substantially higher than other countries in the world. India is second-largest remittance generating country for Nepal. In 2019, India accounted for Rs. 43.16 billion or 14.2 per cent of the total remittance that Nepal received globally.

Which is more terrifying, Disease or Hunger?
Hundreds of Nepali migrant workers queued up to get back to India !!! #Covid_19 https://t.co/shXRGAJ1Xx

Reportedly, the Nepali government was issued a show-cause notice by the Supreme Court earlier in June 2020, seeking reasons behind the difference in treatment of Nepali workers in India as compared to migrants in other countries across the world.

Evidently, discrimination against Nepali workers in India visibly increased amid the COVID-19 pandemic as struggled to return to their home country after both India and Nepal closed their borders to contain the spread of the virus. Experts have asserted that government’s repatriation plan during worldwide COVID-19 lockdown discriminated against Nepalis working in India. On one hand, there was a lack of repatriation flights for Nepalis from India, on the other hand, thousands of workers were left stranded at the India-Nepal border for many days.

Migration experts have called for strong government policies to protect the rights of migrant workers and provide them financial support to overcome the challenges induced by pandemic lockdown.

Meanwhile, as the Indian economy has started reopening its economic activities after months of shut down, thousands of Nepali migrants are returning back to the neighbouring nation in search of work. According to a report, more than 4.25 lakh Nepali workers arrived in the Indian state of Uttarakhand in the past two months to earn their livelihood.