Mining Industry In Venezuela Is Death Bed For Children 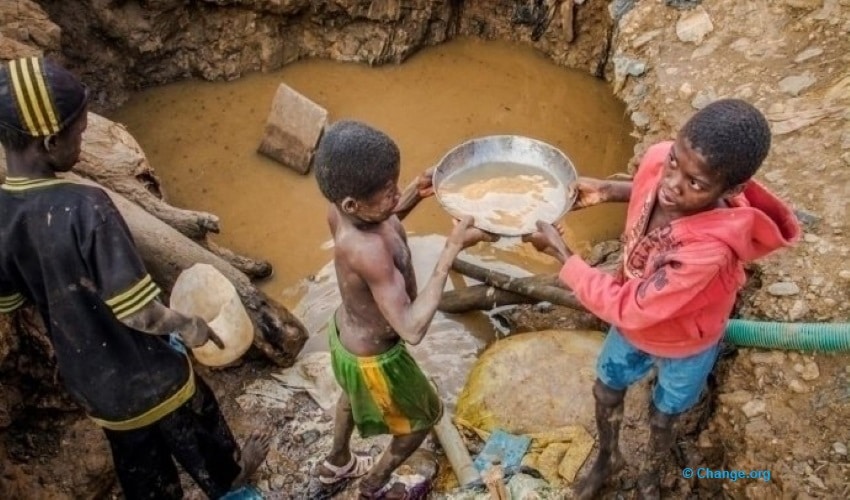 The mining industry might be booming in Venezuela but it is all at the expense of children that are being forced into child labour, confirms a report filed by the United Nations.

The mining industry might be booming in Venezuela but it is all at the expense of children that are being forced into child labour, confirms a report filed by the United Nations.

Serious reports of exploitation and abuse are coming through Venezuela where children have been pushed into mining of gold and other minerals. Those pushed into forced labour also include individuals from indigenous communities.

According to the UN rights chief Michelle Bachelet, Venezuelan authorities have turned a blind eye against such crime and has failed to investigate such exploitative practices linked to the industry, in the region of Arco Minero del Orinoco where cases of extortion, amputation and miners being buried alive are rampant.

🇻🇪 UN Deputy High Commissioner @NadaNashif presented to #HRC44 the report on the independence of the justice system, access to justice and the human rights situation in the #ArcoMinero del Orinoco region in #Venezuela.

There is a nexus of criminal cartel working in the hiding which is making use of children as small as nine years of age to indulge into dangerous mining activities. Strangely, there is a large presence of the military in Venezuela. Even then, such crimes have gone unnoticed. It has come to light that such military commanders have been allegedly paid off via a “system of corruption and bribery”.

Most of the children and individuals are exploited into unskilled labour like this working in inhuman conditions like going off barefoot into pits without any protective gear. They are forced into 12-hour shifts without food, water and any breaks.

The miners are all hand in glove with the criminal cartels themselves who pay up about 10-20 per cent of what they earn for them to earn the power to control the mines. An additional 15-30 per cent is paid to the owner of the mill where rocks are crushed to extract gold and other minerals.

According to studies conducted by Centre of International and Strategic Studies, more than 400,000 workers have been pushed into forced labour of one of the other kind in Venezuela. Of these 45 percent comprise underage boys. Most of them have opted for this form of work out of desperation of overcoming economic hardships. Due to stagnant water around mines, these workers are also prone to water borne diseases apart from struggle with malnutrition and fatigue.  Additionally, there is a surge in sexually transmitted diseases as women and girls have been pushed into sex trafficking as well.  There are also reports on increase in mercury levels in the water as metals are excavated and washed in the river basins which are the only source of fresh water for the local population.  Mercury led diseases includes yellow fever, diarrhea, blood poisoning, rupture of the female reproductive system and much more.