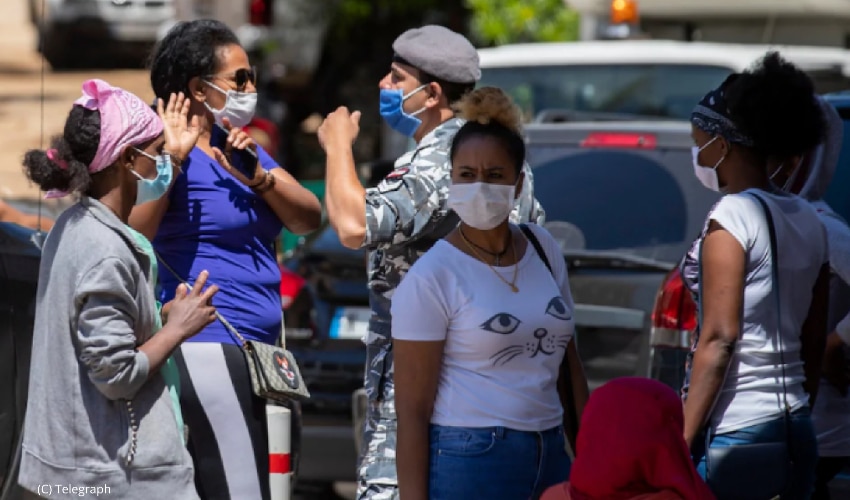 Lebanon’s economic crisis worsened the plight of thousands of migrant workers, who were throwing out by their employers and had been struggling to secure repatriation flights to go back home. As Lebanese pound plunged to the lowest against US dollar, losing 75% of its value, poverty and unemployment engulfed the country, making survival hard for its citizens, let alone migrant workers who were already surviving under slave-like working conditions.

Lebanon fell short of foreign reserves so much so that in March the country defaulted for the first due to its dwindling reserves. The country, which has been witnessing its worst financial crisis for more than a decade due to high-level corruption and mismanagement of affairs, also reported one of the highest labor rights abuses in the region.

What made things worse was the onslaught of onslaught of coronavirus pandemic and rising inflation. The change of events hit the most vulnerable section of society the hardest – migrant workers, which included domestic workers, sanitation workers, construction workers, etc. With the crashing exchange rate, many lost their jobs, while others suffered significant drop in their salaries, as in some case they received less than half. While, manydid not even receive their salaries for months, since the start of the economic crisis.

With no place to stay in or money to survive on, cases of human rights abuses surged. But neither Lebanese government nor their respective state governments showed any interest in proving them any relief. Many of the migrant workers, most of who belong to African and Asian nations have been wanting to go back home but either cannot afford the air tickets or their native country hasn’t started any repatriation flights.

In the past, Lebanon witnessed a huge inflow of migrant workers, who came to the Middle Eastern nation to earn in US dollars and send home good amount of remittances. But as the economy tumbled down, Lebanese cut short their expenses and abandoning their staff, was the quick first move. Besides Lebanon, some of the native nations also became indifferent. Seeing the rise in demand among Ethiopian workers, left by employers outside the Ethiopian embassy,the Ethiopian Airlines doubled the cost of already expensive repatriation flights, which nowamounts to $1,450. How can an average migrant workers pay such a high price, when his/her monthly pay is about $150.

As per media reports, the number of migrant workers dumped outside their embassies went on rise with every passing week. Since last few weeks, over 100 women, whohad been left outside the Ethiopian embassy, were reportedly living on streets. A group of Nigerian women, shared a similar fate, who told reporters that they spent the last three nights sleeping outside their embassy after being left there by their employment agency.

“The boss told us to pack our luggage, that we are going to the embassy and that the following day the embassy would take us to Nigeria,” 30-year-old Hannah Sumni told Middle East Eye.

A few of the 211 Ghanaians, who were taken back in rare repatriation flights to escapethe inhumane conditions amidst the pandemic, told Ghanaian UTV, “They don’t even pay us after the sexual harassment,” The women interviewed at the airport said, “[The Lebanese] have love for their animals more than human beings. You don’t even have the right to sit on their couch.” It brought to light the country’s exploitative “kefala” system under which migrant workers were reduced to mere slaves, leaving them with no rights even in case ofbrutal physical, sexual and mental abuse.

[…] crisis has resulted in thousands of migrant workers in the country struggling for survival. Several Lebanese employers have stopped salaries to these migrant domestic workers employed as cleaners and caretakers of children in various houses in the country. Among these, […]