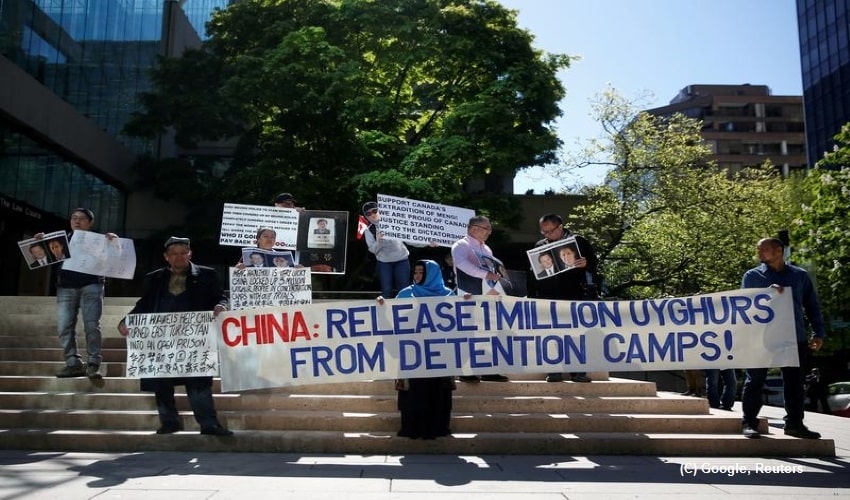 Japan is looking at increasing its involvement in human rights exploitation in China and thinking of taking the route same as the United States and Europe after a lot of criticism came in after reports of violence grew in the last few months.

Japan is looking at increasing its involvement in human rights exploitation in China and thinking of taking the route same as the United States and Europe after a lot of criticism came in after reports of violence grew in the last few months.

The country is thinking of taking a stricter approach as far as the legal foundation is concerned and also preparing a list of sanctions as per offenses. Before taking any decision, the Japanese government confirmed from the local companies operating in China if Xinjiang province would actually get into trouble.

A report in March this year claimed that over 80,000 Uyghur workers were shifted from the Xinjiang province in China to other places all across the city. It is after this city that Japan is considering implementing sanctions. The report compiled by the Australian Global Policy Institute revealed that among the 82 there were a lot of Japanese companies named in the report.

Not convinced we have all our eggs in the right baskets. Issues with China Human Rights and Security. 3 weeks left to agree #Japan deal. Commonwealth Countries scorn us over #Brexit. Sam the Eagle has morphed into Trump the ‘America First’ Vulture. Look at what we could have had! pic.twitter.com/RNXqgbMq7H

While talking to ANI, Akira Igata, a national security expert, said “Japan must create its own version of the Magnitsky Act that allows comprehensive sanctions in response to human rights issues, and update all other relevant legislation like the Foreign Exchange and Foreign Trade Act.”

It was only last week when the US administration removed the East Turkestan Islamic Movement from its list of terrorist organisations. This decision came after two decades of heavy impositions on the terrorist organisation. These sanctions weakened China’s anti-terror pretext to crackdown Uyghurs in Xinjiang Autonomous region.

An Order was issued on October 20 that the group will be exempted from being categorised as a terrorist organisation by removing it from the list of Foreign Terrorist Organizations in accordance with the Immigration and Nationality Act. Under the current law in talks in Japan, federal government agencies are required to report any human abuse in Xinjiang any such attempts made by chinese officials to harass Uyghurs. On the similar lines a government official told Nikkei Asia, a media company in Japan, “ Japan is too slow to act compared to the US and Europe.”