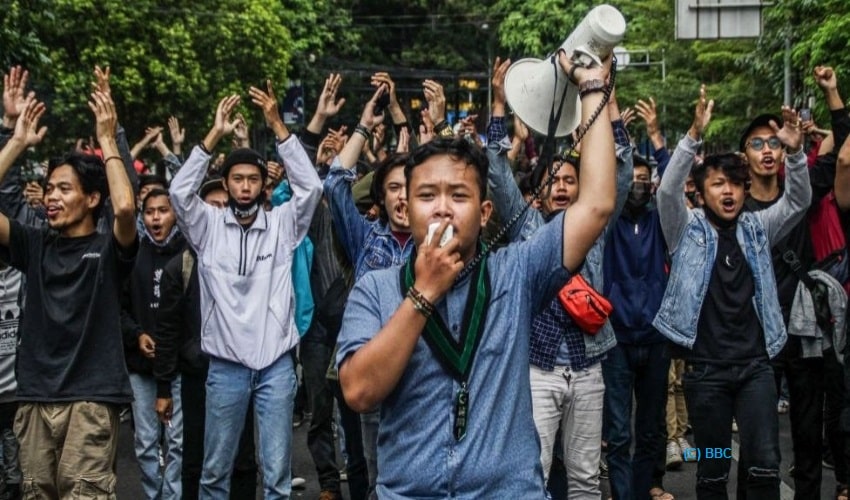 The bill was approved despite strong opposition from the citizens, foreign investors and labor unions.

Indonesian government has approved the new controversial ‘Omnibus Bill on Job Creation’, which according to experts is a step backwards in relation to country’s labour rights and environment. The bill was approved despite strong opposition from the citizens, foreign investors and labor unions.

The supporters of the new stimulus bill argue that it would open gates to more jobs and increase foreign investment in the country, but it also cuts environmental regulations which are constituted within 79 laws. The bill was hastily moved forward by the government’s legislative body after news of three day strike to oppose bill came to the officials.

Indonesia is under pressure to create more jobs, especially since the country is experiencing shrinking economy due to Covid-19. The declining economy has been the lowest since the great Asian economic crisis of late 1990s. President Joko Widodo said that passing of bill was essential to boost economy growth. He has assured of creating 3 million new jobs for young bill through amended bill.

Recent years have established Indonesia as a country that manages economy quite well and has partially reflected in its ranking of ease of doing business index by World Bank. However, Indonesia stagnated at 73rd place in 2019. Citing this the officials say that the amended bill will attract foreign investments through companies that want to relocate from China. The experts say that the transparency followed during drafting of the bill can be a setback itself to the intended cause.

Labour rights groups too say that amended bill cuts down the mandatory leave and also reduces severance pay but have allowed longer hours of work. Amnesty International, the human rights and labour groups also has criticized the bill. Group’s Indonesian executive director, Usman Hamid has called the bill as “catastrophic” keeping in mind that the amendments are a direct contradiction of Indonesia’s position as a signatory of the International Covenant on Economic, Social and Cultural Rights.

How constant demand for productivity hampers the work life balance?