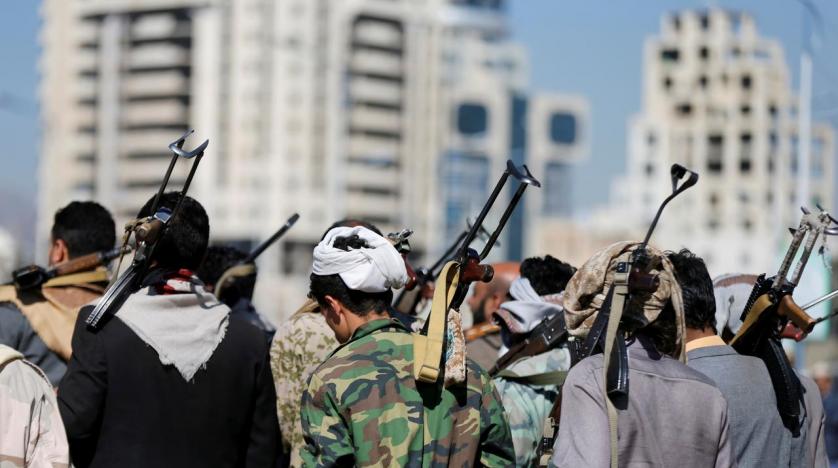 More than 18,000 human rights violations were committed by the Houthi militia against civilians and public and private property in Yemen , The Human Rights Office in Yemen has documented, these violations took place within one year and included cases of extrajudicial killings, kidnapping, torture and property looting and other kinds of violations, said the human rights office in its report.

The Local Administration’s Minister Abdel-Raqib Fateh stressed the importance of monitoring and documenting Houthi militia crimes and exposing them to the world. he called on journalists, jurists, and directors of human rights offices in various governorates to monitor and document the Houthi militia’s violations stressing that the rights of those affected will not be lost and that perpetrators of crimes will be brought to trial in intern and international courts.

“The Houthi militia violations targeted all the people’s sanctities and rights. he called on everyone to cooperate in confronting this “gang” who is taking advantage of weapons to subjugate people and rob them of their rights, and to kill everyone who contradicts its ideology, ideas and behavior.”

“The Houthi militia had burned the doctors ’residence in the Al-Jawf Hospital, looted the health office and hospital stores, closed Al-Hazm hospital, and converted health buildings into a military barracks.” Revealed the Public Health and Population Office of Al-Jawf.

“The Houthi militia committed uncountable crimes against the people of the capital and Yemen in general, and the reality is more tragic than the violations monitored by the report.” Confirmed The State’s Minister, Major General Abdul Ghani Jamil.

International organizations were asked to document these crimes and condemn these practices and work to investigate them in a way that contributes to reducing them and bringing their perpetrators to justice, calling at the same time to take measures to protect health facilities from Houthi militias’ violations.