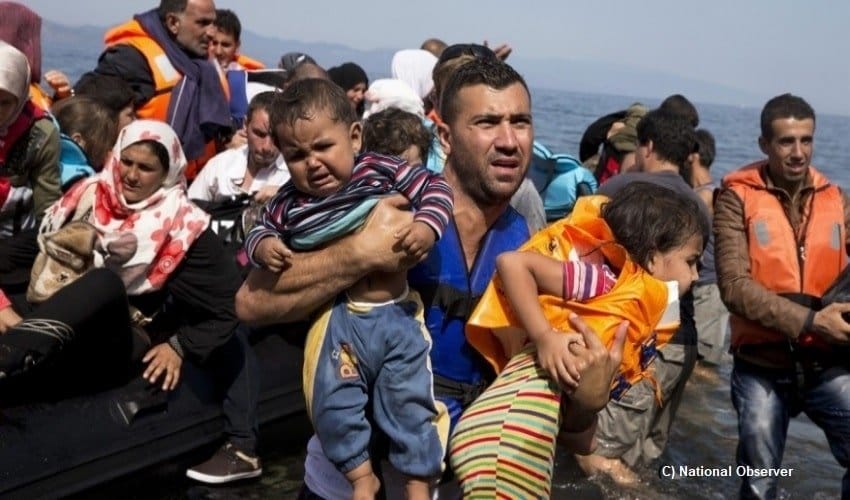 An investigation conducted by The Guardian reveal a systematic pattern opted by Greece in denying entry to asylum seekers and migrant refugees.

An investigation conducted by The Guardian, which included interviews with five victims of pushbacks, 10 NGOs which are working across the Aegean Sea, including Human Rights Watch, Aegean Boat Report and Josoor, and a series of videos reveal a systematic pattern opted by Greece in denying entry to asylum seekers and migrant refugees.

A recent event on August 24, as reported by a refugee, reports such unfolding when they were push-backed by Hellenic coastguard in Greek waters. The rubber dinghy with 30 people from Turkey started from its Canakkale province in north-west. As they reached Greek waters near Lesbos island after 30 minutes, they were intercepted by Hellenic coastguard panther boat. The eight armed officers forced the group to come onboard saying they would be taken to camp and then punctured their dinghy with knives. Through the night the refugees were allegedly detained by Greek officers, and were denied access to drinking water and toilets. In morning they were dispatched in Turkish waters in a liferaft, that was too small for the group. Some of them were forced to swim too. The reporting refugee took videos from his hidden phone capturing the ordeal. The raft was intercepted by Turkish coastguard.

The reporting refugee explains this as just one of the seven times when he had been pushed back by the Hellenic coastguard since March when the practice of “pushbacks” seems to have surged. The experts explain that this policy of extreme refugees pushback is adopted by rightwing New Democracy government that came to power in Greece last year.

An open letter is being published next week by a coalition of human rights groups and charities, which include Human Rights Watch and the Border Violence Monitoring Network, condemning the pushback policy by Greece government and calling it to take action against the involved.

What you are seeing is the illegal collective expulsion of refugees from Greek territory. It’s a catastrophe for human rights,