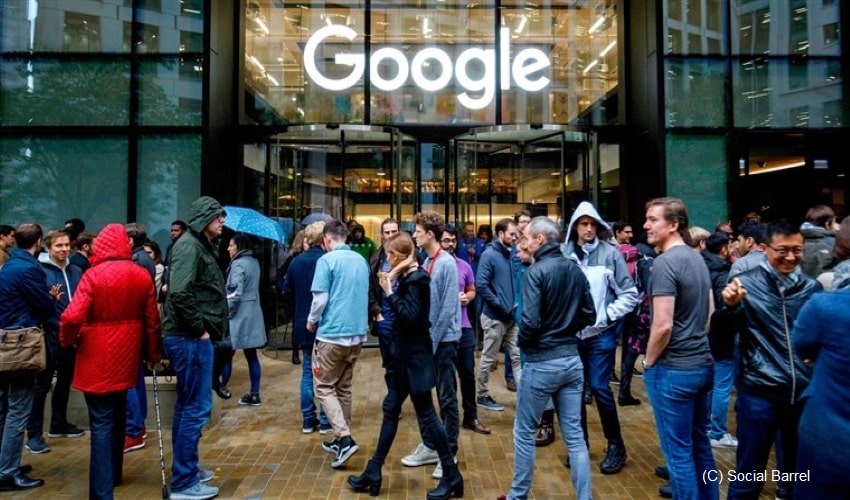 According to the complaint, Google had placed its many employees under administrative leave unlawfully.

US labor regulator, The National Labor Relations Board (NLRB), has filed a complaint on Wednesday against Alphabet Inc’s Google of firing its several employees after they were unlawfully monitored and questioned in relation to their attempts to form a union to challenge the company’s policies.

According to the complaint, Google had placed its many employees under administrative leave unlawfully. They were then fired on charges of accessing documents regarding company policies through internal forums. The regulator has also found that Google has unlawful policies regarding monitoring board room meetings and tactics to investigate its employees.

The NLRB has begun confirming what we’ve said all along:

“Google violated US labor laws by spying on workers who were organizing employee protests, then firing two of them, according to a complaint to be filed by the National Labor Relations Board today.https://t.co/KKh7oUSkXZ

Google defends its position saying that everything done by the company is completely legal. It said in a statement, “Google has always worked to support a culture of internal discussion, and we place immense trust in our employees.”

“Actions undertaken by the employees at issue were a serious violation of our policies and an unacceptable breach of a trusted responsibility,” it added.

The complain was filed on Wednesday after a year long investigation was conducted, launched by the terminated Google employees who had filed petition with NLRB in 2019. This was after they were fired by the firm on behest of carrying out internal protests and public demonstrations against Google’s role while working with US Customs and Border Protection. In 2018, there was also a huge walkout against Google’s policies against sexual harassment allegations and how they were handled.

Laurence Berland, one of the fired workers, who was sacked for organizing an expose, said, “Google’s hiring of IRI is an unambiguous declaration that management will no longer tolerate worker organizing. Management and their union-busting cronies wanted to send that message, and the NLRB is now sending their own message: worker organizing is protected by law.”

Berland also said that he and other fired employees are going to appeal after many other complains against Google were not mentioned by the board. “Google workers will continue to build worker power to fight back against the greedy company bosses who only care about how much money is in their bank accounts,” the workers said.