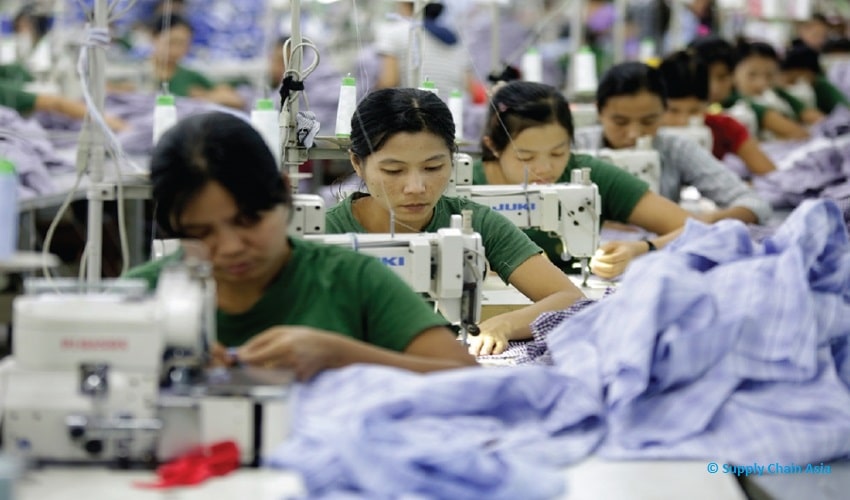 The forced temporary closure of garment manufacturing units due to pandemic conditions is now showing huge losses in the form of lost wages for workers.

The forced temporary closure of garment manufacturing units due to pandemic conditions is now showing huge losses in the form of lost wages for workers. According to a report by the Financial Times, workers in Asia itself have lost close to $6billion in wages.

This is also a result of many fashion brands discontinuing production or withdrawing orders due to money crunch on their end too. According to a report by the labour union alliance Clean Clothes Campaign, workers have received partial or no wages at all since March this year.

In an approximately 50 million person manufacturing industry, the report confirms that an average worker has literally lost about a fifth of pay, representing roughly $5.8bn in unpaid or lost wages. It is also believed that many workers in Asia do extra work (at times unregulated work) in order to make ends meet. The sudden drop in wages has forced many to even pull their children out of school and the situation is desperate.

Millions of garment workers in Asia have been deprived of $6 Billion in wages after the world’s biggest fashion brands cancelled or delayed orders and withheld payments because of the pandemic, according to @cleanclothes. #PayUp #AllEyesOnFastFashionhttps://t.co/brKNotiJkQ

In Bangladesh too, manufacturers are said to have lost out on more than $3bn in payments for clothes already produced or sourced. This has been confirmed by the Bangladesh Garment Manufacturers and Exporters Association. Many manufacturers have had non-payment of orders compounded by local lockdowns forcing factories to shut.

The big ticket brands on which most of the Asian garment manufacturing hinges are not paying back for the previous work, leave alone new orders. Payments are awaited from H&M, Topshop, GAP to name a few.  Many workers, who work remotely in the more popular Asian spots like Bangladesh, are now being sent back home, without any wages in hand. According to the labour advocacy group, workers are on the bottom of the supply chain and therefore seemingly insignificant on the dynamics of profit sharing.  While the brands themselves may not be directly responsible on how workers got their wages, they could contribute in influencing how the profit sharing happened and could prove helpful to the worker sitting at the bottom of the pyramid.