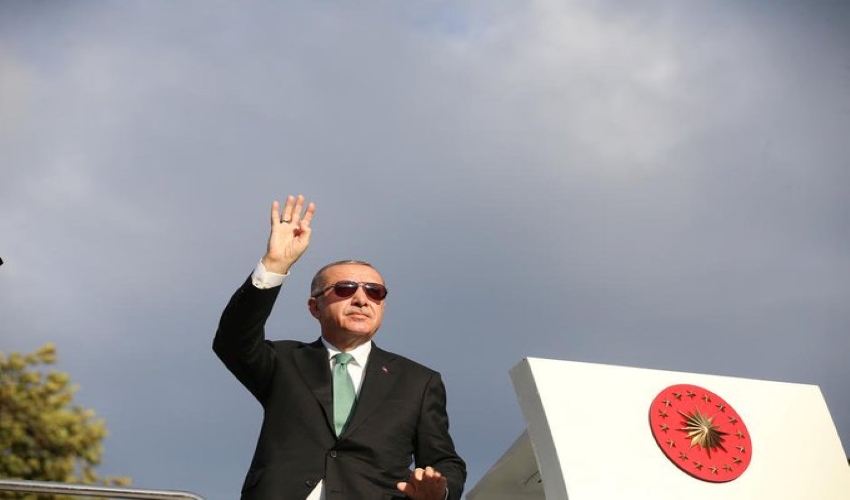 Erdogan, who suggested Macron needs “a psychiatric visit” is not only responsible for the extermination of the Kurdish people, and for horrendous crimes against activists and journalists who have documented his support for Daesh, but is also complicit in the crimes towards the Uyghur people, the Turkic Muslims of Xinjiang, in western China.

The Sultan complicit with China in crimes against Muslims of Xinjiang

Muslims who today share the speeches of Turkish President Recep Tayyip Erdogan on social networks should know that this is just a huge lie. The Muslim community, although offended or irritated by what has happened in France in recent weeks, should be aware that Erdogan is not lashing out at Macron in his defense, but for mere economic interests.

Erdogan, who suggested Macron needs “a psychiatric visit” is not only responsible for the extermination of the Kurdish people, and for horrendous crimes against activists and journalists who have documented his support for Daesh, but is also complicit in the crimes towards the Uyghur people, the Turkic Muslims of Xinjiang, in western China. The minority is the victim of terrible human rights violations by China, the main economic partner of Ankara.

“Frankly, the incidents in China against Uyghurs are genocide,” Erdogan said in 2009 when he was Prime Minister. As the French newspaper “Courier International” writes, those of the sultan were not just empty words. Turkey has served as a refuge for Uighurs fleeing persecution since the day the Chinese Communist Party took control of Xinjiang in 1949, hosting one of the largest Uighur diasporas in the world.

However, Ankara has changed its tone sharply over the years. In 2016, Turkey arrested Abdulkadir Yapcan, a famous Uyghur political activist who had lived in the country since 2001, and initiated extradition proceedings against him. In 2017, Turkey and China signed an agreement allowing extradition, permanently turning a blind eye to the human rights of Muslims. Since early 2019, Ankara has arrested hundreds of Uighurs and placed them in deportation centers, a practice condemned by the international community.

This sharp change in Erdogan policies has a very simple explanation: his regime and the Turkish economy are in crisis. His friends are in short supply. He has more and more enemies in Europe and the Arab world. Ankara is counting on Beijing to help it recover, which implies adhering to the rhetoric of Chinese power. The Turkish lira has reached an all-time low of the last 50 years in exchange with the dollar, and Erdogan will also face European sanctions very soon.

The country economy was hit hard by the Covid-19 pandemic, which devastated its tourism sector, one of its pillars. As Erdogan tightens his control over the central bank and the courts, foreign exchange reserves are shrinking, the trade deficit is growing, and the Turkish lira is in free fall. Human rights are the ultimate Ankara concern, despite pressure from the European Union. Muslims must not be deceived by speeches that appeal to their emotions, because in reality, Erdogan has never defended Islam, but only his interests.