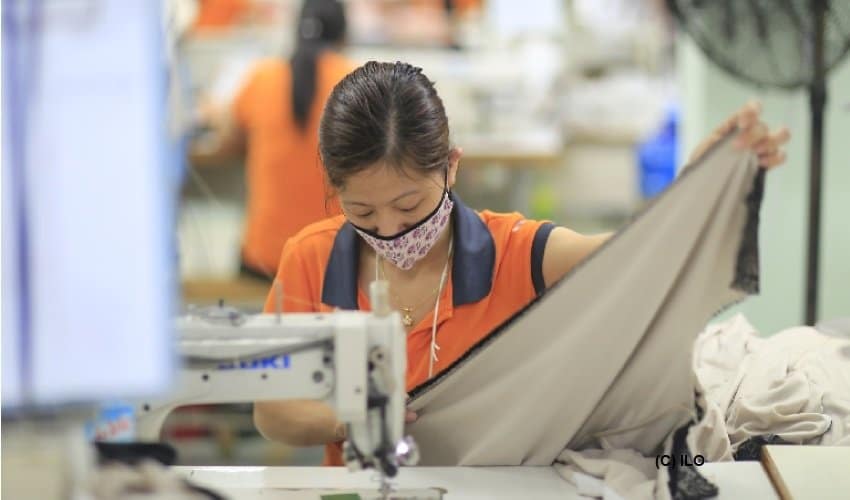 Much of the hard-won rights of garment workers in Asia are being squandered away due to the economic effects of the coronavirus.

Much of the hard-won rights of garment workers in Asia are being squandered away due to the economic effects of the coronavirus.

The latest Modern Slavery Index released by risk analytics company Verisk Maplecroft has seen garment manufacturing hubs like India and Bangladesh slipping down into the “extreme” category, joining the likes of China and Myanmar who exhibit the worst risk of slave labour. In other manufacturing hubs like Cambodia and Vietnam, the story is similar, thanks to the economic impact of the coronavirus, rampant labour rights violations and inadequate law enforcement.

The conditions are set to intensify, worsening the already precarious situation according to labour rights activists. There are 60 million people in Asia who work in the garments sector and many of their jobs are at risk because of the slowdown and falling sales. Those who lose their jobs are more likely to take up exploitative jobs out of desperation and may even be forced to make their children join the workforce.

Modern slavery: a prism into our world. Although the Covid-19 crisis has caused grim new problems for Leicester’s garment workers, the exploitation detailed in the report is not new https://t.co/x0lRFCI5kW @LibDems @LibDemsinBiz @labourlabel @CompassOffice @LibDemWomen @LDCRE1 pic.twitter.com/fNDnaRsmEL

Even those who have retained the jobs are finding themselves working in much more oppressive circumstances. Wage cuts and loss of subsidies like transport or canteen food is being commonly reported. There have even been instances of wages being withheld or delayed. Clean Clothes Campaign which advocates for garment workers’ rights says that many have survived on ‘poverty pay’, having received only three-fifths of their normal wage between March and May. Researchers peg the loss of wages in the garment sector at $6 billion.

And it is becoming more and more impossible for workers to start up for themselves. Unions are being busted with the management singling out union members for firings. A new report, from the Business and Human Rights Resource Centre, says this is emerging as a pattern and highlights nearly 5000 job losses in nine factories across Myanmar, Indian, Bangladesh and Cambodia that are linked to union membership.

And fashion brands are not doing enough to step up for these workers during this critical time. In fact, much of the lay-offs are being laid at the door of billions of dollars’ worth of cancelled orders. Travel restrictions have meant that it has been even more difficult for compliance officers from these companies to visit the factories in Asia to understand the situation on the ground, audit the supplies chain best practices and hear out grievances.

It’s kinda ridiculous how you are putting Myanmar in the extreme category, even worse than Bangladesh and India, that are well known for even more extreme measures put against by the Factory managers.